All Vanessa Kline wants is a drama-free year, but when her friend spits out a mouthful of teeth at her feet, something tells her that’s not going to happen. Not only is Jackie turning into a werewolf, she seems to be eyeing up Vanessa as if she’s on the menu.

Vanessa has to avoid becoming lunch. Having the ability to utter a powerful gypsy curse should help – being able to choose when the curse is uttered would help even more.

As it turns out, Vanessa has no say in the matter. When Jackie attacks, a powerful curse escapes Vanessa’s lips, causing her best friend to drop dead on the spot. Thinking she’s killed her, Vanessa is mortified. But when Bobby Collins, the cutest boy in school, turns up, and finds a pulse, Vanessa is relieved. Worst of all, when Bobby carries Jackie to the ambulance, she misses the whole thing after falling into a coma.

Vanessa’s concern for her friend is the least of her worries. It seems the new girl, Selina Kai, is the source of Jackie’s sudden transformation. When Vanessa follows her home, intending to confront her, she gets more than she bargained for.

She isn’t the only one stalking Selina Kai. Selina is some kind of necromancer, able to control dark creatures, and a powerful Mage intends to use her powers. When he opens a portal to hell, he uses Selina’s powers to call up something horrific from the bowels of the underworld.

Belial, the demon of lies, is on the loose.

Vanessa should fear the demon. Since his arrival students have started changing. Someone is turning people to stone and then killing them. But Vanessa is more afraid of the feelings she has for the demon. When he kisses her, she knows she is marked. 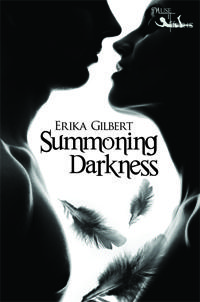 “Do you think you could choose another girl to go all guardian angel on?”

“Believe me, I don’t want to spend a minute longer than I have to babysitting you.”

My stomach swirled. Either it was my stomach complaining about its emptiness, or my gypsy powers were revving up. About time, too. I allowed the anger at his words to fill me.

“You shouldn’t have kissed him.”

That’s right, I thought. Keep telling me what I shouldn’t do. Anything to make the anger force my curse outwards.

“I couldn’t exactly help it. He used some kind of demon hypnosis on me.”

“He didn’t hypnotise you. He is the demon of lies.” He said this as if I had any choice but to believe those lies.

“His words are like magic, they get inside your head until you think they’re real.”

Leonir had stopped climbing, but he continued to fly away from the school. Alarm suddenly struck me.

“His lies work because you want to believe them,” he said.

Yeah, right, that was easy for him to say.

“Well, I’ll just block my ears whenever I see him from now on.”

Marked. How cliché was that?

“Sure, I think I read a romance novel like that once. You know the one, where the vampire claimed his mortal love with a single bite.”

“It goes deeper than a bite to the flesh.”

His words sent a shiver through me that had nothing to do with the wind. “What’s deeper than marking the flesh?” I thought I knew the answer.

“He has marked your soul,” Leonir said. “That’s why I’m compelled to protect you, because I’m…” Leonir cringed as if the words were too horrible to speak. “I’m an angel now.”

“No. And the same goes for any angel. Your soul is in jeopardy.”

Great, I’m a beacon for all do-gooder angels in the greater Auckland Metropolitan area. Just what I needed.

“So are all angels as good-looking as you?” The words were out of my mouth before I realized. Yep, a year had been too long to go without a boyfriend.

“You’ll also attract demons to you, and before you ask, yes, they will be good-looking.”

If you liked horned monsters in disguise.

“What will demons want with me?” More to the point, what did the angel want with me?
“They’ll want to finish what Belial started.”