Surrendering to the Right Man

Indy Kent’s motorcycle accident last New Year’s Eve forced her to fight for things she took for granted. This holiday she makes a special request of her best friend, Liam Boyd, the “I want you to deflower me.” Desperate to get Liam out of her system, a holiday sexcapade seems like just the cure from her long harbored, unreciprocated feelings. But there is a complication, and his name is Tim, Liam’s older brother. Tim’s touch last New Year’s Eve ignited an unexpected flame between them. The time they spent together during her recovery only furthered her attachment to him. Emotions whirl; her secret looms. The hotter the burn between the sheets with Liam, the more Indy’s yearning drifts toward Tim. The incident that caused her accident and changed her life might save her heart. Can she ultimately surrender her heart to the right man?

Surrendering to the Right Man

A spasm in Indy’s leg forced her to clench her teeth together. She hated not being able to stand on her own two feet. The pain she was in wasn’t about to force her to remain seated.

“Are you okay?” Tim’s eyes softened with concern.

“I still get the tremors, ghost sensations from muscles I no longer have.” To reconstruct her leg, the doctors had used muscles from donors. She felt sewn together by patchwork, like Frankenstein a quilt of mismatched pieces.

“You push yourself too hard, always have. I like that about you, but you need someone who’ll help you ease off.” He drew up behind her. “Put your weight on me.”

As he gathered her up, the heat of his hard chest pressed to her back, and he lowered her into the lawn chair. “Bossy.”

“Only around you, Miss Independent.” The rise and fall of his chest accelerated. Calm, blue eyes warmed to flames.

Heat weaved a path in her insides turning her to mush.

“I’d better go.” He tossed his bag on his shoulder.

Pain burned her eyes. Being with Liam meant loosing Tim, and she needed him. “You shouldn’t go just because the others have.”

Tim lifted her chin, forcing her gaze to his. “Yes, I should. Merry Christmas Eve, Indy, and I hope Santa gets you your heart’s desire.”

“You, too.” She nodded and grabbed his large, warm, kind hand. In April, his hands had stabilized her when she took her first steps since the accident.

“Unfortunately, mine is no longer available. Never really was for that matter.” He exhaled. “I shouldn’t have said that.”

She tightened her hold. “Tim, thank you for everything. I don’t know how I would have managed without your help and support.”

“Given what?” Liam asked, standing by the open gate to the backyard.

“What she went through. I hope you both have a wonderful evening.” Tim dashed passed his brother.

That was close. Though nothing had happened between her and Tim, she felt guilty. She didn’t want to deceive Liam, but he wouldn’t understand the connection which came out of that night between them. How could he when she struggled to understand? 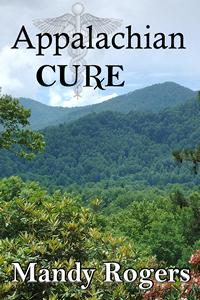 A Bride for Two Renegades (MFM)
Edith DuBois
In Shelf
$0.99