When Terry and Kel Coleman run from their abusive father, they end up in Denver. The day they arrive, they meet three street kids named Rudy, Snap, and Josie. The brothers move into the trio's squat where Rudy and the others teach Terry and Kel the ins-and-outs of survival on the streets. While that happens, Terry and Rudy are drawn to each other and begin a tentative relationship.

Then Kel is almost kidnapped by a man sent by his father to bring him home. Forced to leave their squat to keep Kel safe, they turn to a local pastor for help. Thanks to the pastor, the five young people may find hope for their future -- if they can survive the present. In the process, can the budding relationship between Terry and Rudy survive, or will it be torn apart by the life they're forced to live? 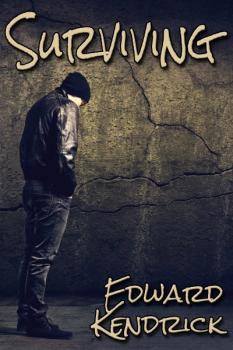 "How are you doing?" Rudy asked Terry the morning after the fight.

They were alone in the squat, since at Josie's insistence she, Snap and Kel had gathered up all the dirty clothes and taken off for the Laundromat.

"I've been better," Terry admitted. "But I've been a hell of a lot worse too so it's all relative."

"No. My arms and shoulders though ..." He thought it was better not to mention his legs did too, from all the running.

Rudy nodded, going behind the sofa where Terry was sitting. "Lean forward."

Terry did, groaning when Rudy began massaging his shoulders.

"Am I hurting you?" Rudy asked, concern lacing his voice.

"God no! That feels great."

"Good. I never know for sure."

Terry turned his head to look up at him. "You do this often?"

"Not really. Just sometimes when we've had a long day I do Snap." He laughed. "Okay, that didn't come out right. I give him a massage while he takes care of Josie."

Terry chuckled. "That could be taken two ways and one of them brings up images I'm not sure I want."

"Good point." Rudy kept on, carefully working on Terry's tightly knotted muscles. When Rudy was finished, Terry sighed, half in relief because he felt better, half with regret that Rudy had stopped. It had been a long time since anyone other than Kel had touched him in a ... he supposed a personal way. With Kel it had been to clean him up after a beating, or to give him a quick hug when something good happened, the way brothers do.

Terry was surprised when Rudy came around to sit beside him. At least until Rudy said, "Give me your arm."

Grinning a bit, Terry replied, "I rather like it where it is."

Rudy just shook his head. "You know what I mean." When Terry stretched out his arm, Rudy went to work, starting at his shoulder and moving down. Terry rested his head on the back of the sofa, savoring the feeling of Rudy's hands on him. Despite the reason behind it, it was almost sensual. When Rudy finished, he moved to the other side, chuckling when Terry immediately offered his other arm without even opening his eyes. "You like this, don't you?"

"You better believe it." Terry frowned in thought. "You know, I don't think anyone's ever done this to me before. In fact I know they haven't."

"Damn, you don't know what you're missing."

"I think that would be masseur. And you wouldn't have to hire me. I'm quite willing to do it for free."

"Yeah." Rudy smiled, saying, "Okay, lay face down on the sofa. Or better yet on the floor."

"I'm betting your legs feel as bad as your shoulders did, from our being chased last night."

Terry resisted gulping at the idea Rudy was going to massage his legs. That did not however stop him from doing as Rudy said. He rested his head on his folded arms, tensing when he felt Rudy's hands on his thighs. This was getting way more personal than he thought he could handle.

"Relax," Rudy said softly. "I'm not going to do anything more than give your legs a rub down."

Then Rudy blew it when he said, "This would have been better if I'd had you take off your jeans. Or not."

Rudy leaned forward, his hands beside Terry's shoulders. "Turned you on, didn't it. Or at least I think it did. It sure did something to me. So ..." He kissed the nape of Terry's neck then got up. "Where the hell is a cold shower when a guy needs one?"

They both heard the sound of approaching footsteps outside the door at the same moment, then a series of knocks.

"That worked just as well," Terry muttered, rolling over and sitting up.

"Big time," Rudy agreed as he went to lift the bar off the door and let Josie and the guys in. 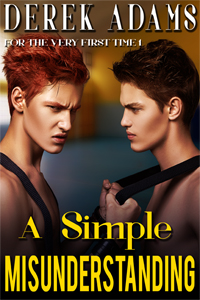 Blood Of A Leo
Dawn H. Hawkes
In Shelf
$3.99
Tweets by
sirenbookstrand