Lyncoln Ryland always saw himself as an ordinary man with an ordinary job, working maintenance in an ordinary mall. The only thing about him that isn’t ordinary are his feelings for the man who’s renovating the mall, but any kind of relationship with such a sophisticated man is highly unlikely.

Adam James is the wealthy man who owns the mall. He’s secretly been yearning for Lyncoln, a man he doesn’t see as ordinary in the least. But Adam’s family has plans for him, and they don’t include a relationship with a blue-collar worker.

All this is about to change when the sirens go off, signaling the possible end of the world. When the two men realize this isn’t a drill, they take shelter in the mall that isn’t quite as ordinary as everyone believes. What will the outcome be when two such disparate men must survive the apocalypse together? 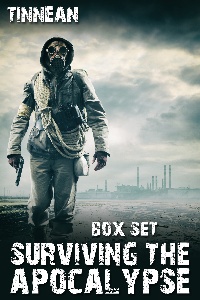 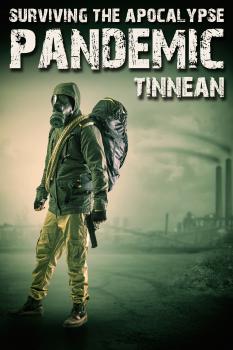 “Lyncoln, I know there’s a generator somewhere in there.” Adam must have torn off his overcoat, because it came sailing down, missing him by a hair and landing on the concrete floor with a surprisingly solid thud. “You get it working, and I’ll start bringing the supplies down.”

“But ... Okay.” They didn’t have time to argue about it. Lync went through the second room to the closet that contained the generator. This was something else he’d kept in good condition once he knew it was there, and even though it only took him a couple of minutes to power it up, those were minutes they couldn’t really spare.

The lights, air filtration system, and the fan to circulate the air in the shelter came on, and Lync turned off his flashlight and hooked it to his belt again as he raced back to the ladder. Adam’s legs came into view just as he reached it, the arms of his tuxedo jacket looped around his neck, the bulging jacket hanging down his front.

Adam was panting and sweating harder than before, and Lync could see by the cases of water piled up at the base of the ladder that he’d made a few trips already.

“I buttoned up my jacket, tied the arms together, and made a sack.”

“It’s too valuable,” he protested.

“It’s just cloth.” Adam lowered one of the bunk beds and upended the jacket, spilling out cans of soup.

“I know, but take the next batch straight through to the storage room. There are shelves set up for supplies.”

“It’s okay. Leave this for now. We can deal with it after everything else is done. Just hold on a second.” Lync yanked his shirttails out of his jeans and began pulling it over his head.

“Really, Lyncoln? I hardly think this is the time.” His tone sounded flirtatious.

“What?” He blushed when he realized what Adam must think. “No, but if I tie up the arms of my shirt the way you did, I can make a sack too.”

“Don’t waste any time.” He hauled himself back up the steps.

Lync stared after Adam’s very attractive ass for a second, then yanked his shirt off over his head and clambered up behind him. By the time he reached the top, Adam was filling his own sack with more cans of food. Lync filled his shirt with as much of the peanut butter and jelly as he could. On the next trip up, he’d start on the batteries and first aid items, and finally he’d get whatever canned goods Adam hadn’t been able to bring down.

It took more time that Lync liked to get everything down into the shelter, but finally they had the last can down and the last case of water stacked in a corner. The carts had been moved away from the hatch and tipped onto their sides so they wouldn’t roll around if things got hinky.

Adam blew out a relieved breath. “All we have to do now is close the hatch.”

“I’ll get it.” Lync took the steps of the ladder as fast as he could, then angled his body up through the opening and reached for the heavy, hinged cover. Just as he had it lowered, a rumbling like a freight train passing inches from him sounded. The building shook, dust drifted down from the ceiling, and he lost his grip on the ladder and tumbled down.

Once Upon a Christmas (MM)
Lynn Hagen
In Shelf
$4.99
Tweets by
sirenbookstrand