A Touch of Love 2

Betty “Nana” Hart is frustrated with her grandson Hunter. He is clearly the town hunk, a successful businessman and an all-around great guy. The problem is he has yet to give her a great-grandchild. Her friend Agnes is always bragging about being a great-grandmother and Betty wants that too. When she hears that Hunter’s lost love, Elliott (Ellie) Starks is back in town, she decides to play cupid and get the two together. After all great-grandchildren don’t make themselves!

Ellie Starks has moved back home and taken the position of Events Coordinator for the town. She decides to throw a Valentine’s Day Dance to help benefit the Animal Shelter. And when Nana Hart walks into her office and offers up a donation of three-hundred decadent cupcakes baked by her grandson Hunter, Ellie can’t refuse. Even though she had been in town four months and had yet to hear from her High School Sweetheart, he was still the man she loved after all the years spent apart.

Hunter Hart, owner and pastry chef at Cupid’s Cakes knew his Nana was up to something, he just couldn’t figure out what. Until the night he walked into the Animal Shelter and came face to face with Ellie. Ellie had been the only woman he had ever loved. He had been hurt when the letters he had written her came back unopened, but he was determined to show her just how much he still wanted her in his life. Now if only he can find a way to get into that Valentine’s Day Dance. 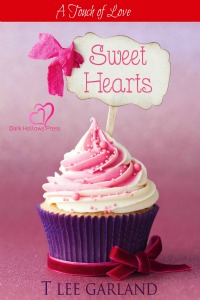 A Touch of Love 2

Heat Rating: Sizzling
Word Count: 11,217
1 Ratings (5.0)
Contemporary Short Stories
In Bookshelf
In Cart
In Wish List
Available formats
PDF
ePub
Mobi
Reviews
This is such a sweet Valentines story! First love that got away but was never forgotten.
Betty was Hunter's grandma. She loved her grandson with all her heart and her fondest wish was to have great grandchildren.
The problem? Hunter was single and not currently or it looked like even in the near future looking for a partner. His heart belonged to one girl. Elliot.
Now that Elliot was back in town, Betty knew it was her mission to get these two star crossed lovers back together.
With the help of Hunter's bakery, Cupids Cakes, and the event of The Valentines Day Dance that Elliot had set up, Betty had the perfect plan.
Pairing them together at a volunteer opportunity reunites old passions and helps with realizations of what actually happened in the past.
Can these two give it another try?
Absolutely adored this sweet story! Definitely a win for Valentines lovers everywhere!

More From A Touch of Love 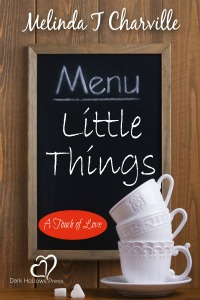 Betty Hart watched as her grandson Hunter piped icing on a wedding cake. Another wedding cake that wasn’t going to be for his wedding. Hunter’s bakery, Cupid’s Cakes was a booming business. Women came from miles around to eat his delicious and beautiful pastries. Betty knew the food was good, but she also knew the real reason they came, even if Hunter didn’t. They came hoping to catch the eye of the most handsome, most eligible bachelor in town. And that man was her grandson Hunter Hart.

Betty sighed. She wanted to see Hunter settled with a good woman. Ever since his parents had been killed in a plane crash when Hunter was only eight, she had raised him. Betty only wanted to see him happy and with his own family. She was ready to be a great-grandmother, past ready as a matter of fact. That witch at the senior citizen center, Agnes Hampton, had rubbed it into her face just one time too many that she was in fact a great-grandmother, and Betty had had enough of her bragging. If she had to look at pictures of that ugly kid one more time she was going to lose it! She had also had enough of waiting for Hunter to produce her great-grandchild.

The problem was Hunter had shown little to no interest in the women who all but threw themselves at his feet, and Betty knew why—a young woman named Elliot Starks. He had been in love with Elliot since they were teenagers and now that Elliot had come back into town and taken a position as the city’s Events Coordinator, it was time for them to rekindle that love. The two of them needed to realize that they were meant to be together. Betty had known it from the first instant that the pretty Elliot Starks had first walked into her kitchen at sixteen, smiled shyly and said “Hi, Nana, it’s so nice to finally get to meet you.”

The Christmas Ball that Elliot had helped throw as her first official duty was still the talk of the town. And now there was to be a Valentine’s Day dance for singles only. Betty had promptly purchased a ticket for Hunter. He didn’t know it yet but he was going to that dance. Even if she had to drive him, just like she had driven him when he went to his first middle school dance at fourteen. Of course, back then he was all legs and arms, awkward and gangly. But the young girls had seen promise there and had still come. Until Elliot. After Hunter had met her he had never looked at another girl. The two of them had been all but inseparable during high school. And when Elliot had left for college, Hunter had been almost inconsolable.

Betty had always liked Elliot. She found her to be an attractive, sensible, hard-working young woman. Those were just the sort of attributes that would produce beautiful children. Thankfully Elliot wasn’t one of those simpering floozies always throwing their heaving bosoms up on the counter in hopes that Hunter would notice. He had noticed. And through the years he had even dated a few of them, but they weren’t the marrying kind. They weren’t Elliot. He knew it and Betty knew it too. It was time he settled down, and it was her duty as his grandmother to insure that he settled with a nice young lady. And she had chosen Elliot.

Betty planned on doing whatever it took to make sure Hunter and Elliot knew what she already knew. The two of them were perfect for each other. Betty had a lot of work to do. After all, great-grandchildren didn’t just make themselves! 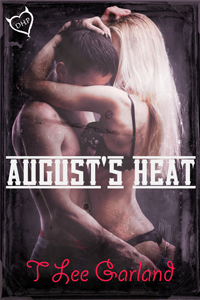 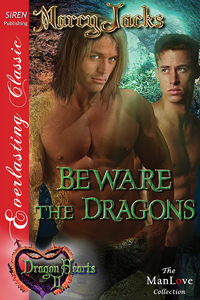 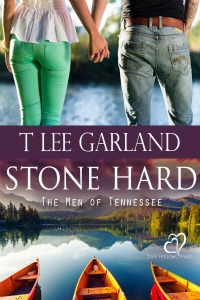