Can a city girl heal a cowboy's broken heart?

Nathan Carver gave up on love long ago after a betrayal he wasn't sure he could ever get over. When Angie Simms arrives in town to help his brother's fiancée with their upcoming wedding, she stirs things in him that he hasn't felt in a long time. Things he doesn't want to feel. So he pushes her away.

Angie wants what she wants, and doesn't always think before she speaks. When she lays eyes on sexy cowboy Nathan, she's determined to find out what caused his brooding attitude. She can tell right away that he's not someone to play with. He's got a layer of hurt around his heart, which makes him that much more attractive.

The feisty woman is determined to make Nathan her conquest, but will he take a chance on Angie? 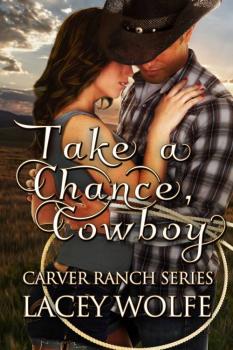 "This is a great book! I loved the characters." - Drue's Random Chatter 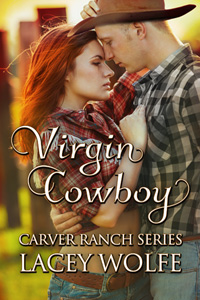 "So, cowboy." Angie set her beer bottle down. "You're halfway done with that drink and you've managed to sit with me the whole time. Now tell me about the broken heart you're still mending."

Nathan rolled his drink between his hands. "Nothing to tell."

"Quit the bullshit. Do I look like her? Remind you of her? What?" She sat back in her chair and crossed her arms. "There is some reason you dislike me."

You make me feel things. Not to mention, in some ways, her features were similar to his ex, like her long, dark hair. "I don't know what you're talking about."

She ran a hand through her hair. "Well, whoever she was, get over it."

"Because you're taking it out on me."

He shook his head and finished the beer. That was his last one for the evening. He stared at Angie. She had a point that he'd been rude to her on numerous occasions, but he hadn't intentionally meant to hurt her feelings. "I apologize."

She smiled, her red lips parting. She had one of those contagious grins, because he felt his spread across his face.

"Now that is sexy. I can see why the girls would fall for you." She winked.

She leaned forward, and he caught a glimpse down her shirt again. "Your smile. It could make a woman fall to her knees."

I want you on your knees. He wasn't sure how to respond.

"Now that you're in a better mood, want to tell me how I can make you like me?"

There was nothing she needed to do. He liked her plenty. "I don't have an issue with you."

She shrugged and stood. "Okay, whatever." She rubbed his shoulder. "I'm going to find me a handsome man to dance with."

He grabbed her wrist and she stared back at him.

"What? Did you want to be that handsome man?" She tried to look innocent, but the tease knew what she did to him.

Yes, yes he did. He wanted to take her on that dance floor and mold her body to his and let everyone in this place know she was off limits. "Nah, I'm heading out. Just be careful. Some of these guys think dancing should lead to other things."

She raised an eyebrow. "Good to know." She moved close to his ear. "I am looking for a good time."

Something tore loose in Nathan and he stood, pulling her against him. Without another thought, he claimed her lips. She went still in his arms, but then, as he expected, she grabbed hold of him and thrust her tongue in. The taste of beer met his senses and he laced a hand around her neck. She moaned as she lifted up on her toes to make the kiss deeper. 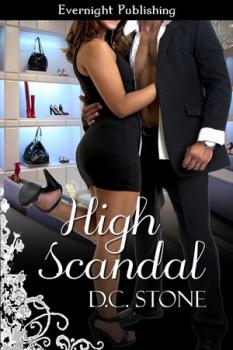 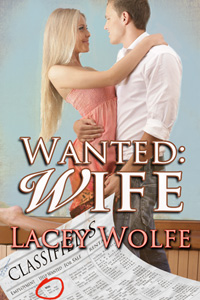 Playing it Out: MMF Menage Romance
Kat Logan
In Shelf
$2.99
Tweets by
sirenbookstrand