Tamed By The Cowboy

She swore no one could ever change her…

Samantha Wilkes is a socialite party girl gone wild. She’s envied by all her peers, who all wish to be her, and lives for two things: modelling and partying. When her behavior becomes too wild and out of control, her mother sends her to Connor Hudson’s farm in the hopes some time in a humble setting under the watchful eye of a strong, domineering man such as Connor will straighten her up. But Samantha has no intention of changing, not for her family and certainly not for some cowboy she doesn’t know.

As a favour to Samantha’s mother, Connor agrees to take in the young woman who has been making headlines, in a bad way. But the last thing he expected was that he’d fall for her. As the layers of Samantha’s personality are peeled back under his watchful eye, Connor sees so much more than a party girl. Deep down, he sees a woman full of pride, ambition and pain and despite himself, he finds himself falling.

Can the hard-as-nails cowboy tame the wild Samantha, without doing the one thing he swore he’d never do and losing his own heart in the process? 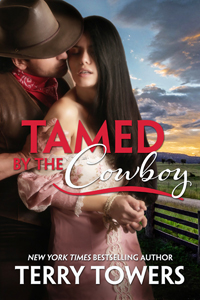 Tamed By The Cowboy

“You have got to be kidding me. Hell no!” Samantha Wilkes
knocked on the panel separating her from the driver of the Lincoln Town Car who had picked her up at the airport, care of her new stepfather’s brother, Connor Hudson. The driver acted as though he couldn’t hear her. She pounded harder, the panel between the driver and back seat shaking from the force.

“This is kidnapping, asshole. Take me back to the airport!”

She’d never met Connor before, his farm being in Idaho and she and her family being in New York. He hadn’t even gone to his brother’s wedding to her mother; his excuse for not attending the wedding was that he couldn’t leave the farm unattended long enough to make a visit. Kind of a douche excuse if you asked her, he was his brother for heavens sakes!

She was happy to be a New Yorker and had no desire to be an Idahodian… She frowned. Were the locals called Idahoan’s? She didn’t know and sure as hell didn’t care to stay long enough to find out.

Frustrated that the driver was refusing to answer her screams for his attention, she flopped back into the leather seat and eyed the large farmhouse coming into view. She supposed it looked quite nice, for a farm, but it was still a farm. Despite having her window rolled up the smell of farm assaulted her nose.

“I don’t belong here,” she grumbled, more to herself than to the driver.

She’d been wondering about Connor and had come up with a mental image of him. He was a big burly hillbilly, with too much facial hair and a big gut from one too many beers each night. She didn’t know his age, but her stepfather was 52 so she assumed he was in his forties somewhere. She’d never even seen a picture of Connor, but then again, she and her stepfather never really got along all that well so it wasn’t that big of a surprise she knew nothing about his family.
Maybe there’s some hot farmhands to flirt with? The thought only made the idea of being trapped there slightly more bearable.

As the car came to a stop she looked out into the fields, hoping to see a hot man wearing just his jeans and a handkerchief. She didn’t see any and slumped back into the seat with a huff. She tried the door and was relieved that the driver had unlocked the doors so she could finally have her freedom.

The driver had already gotten out and unloaded her luggage onto the dirt driveway from the trunk by the time she stepped out of the car.

“Hey, watch how you’re handling those!” She rushed over to her precious Louis Vuitton suitcases sitting in the dirt. “Those suitcases and what’s in them cost more than you make in a year!”

“Then you’ve severely over-packed, Miss.” The middle-aged, balding man rolled his eyes and waved a dismissive hand at her. Turning his back to her he headed back to the driver’s side door.

“Wait a minute. What am I supposed to do?”

He opened the car door and paused. “Toughen up and get a new attitude, sweetheart.” Not waiting for a response he got into the car, started it up and sped off, leaving a seething and coughing Samantha in a cloud of dust.

“Asshole,” she grumbled as she looked toward the modern-styled two-story farmhouse. With a loud sigh and a heavy heart she grabbed the handles of the two suitcases and began making her way up the dirt walkway to the front door.

On the porch she stood staring at the front door a moment, considering whether she had any other options but to go in. She didn’t. She was cut off. No more credit cards, no more trust fund. No more money. Apparently, if she wanted money she’d be forced to work for Connor and earn it.

It was complete bullshit; she had a trust fund worth millions and she was being reduced to nothing more than hired labour. The trust fund, which was currently under her mother’s control, would be handed to her when she turned twenty-one. Unfortunately, that was still a year down the road, so she was at the mercy of her mother – and now the mercy of some stranger.

Pulling herself together with a deep breath, she slowly released it and knocked on the front door. No one answered. She knocked again and waited. Still no answer, but she heard movement inside. She tried the knob and it turned in her hand. She was about to open the door when the sound of a large dog barking from within made her think twice and she took a step back from the door.

Are you kidding me? They send me to this hellhole and there’s no one here to greet me or to tie up the beast! Fuck, I hate dogs! The drool, the stink, the begging…

She stayed planted on the spot and listened; she could faintly hear voices coming from behind the house, despite the barking. Not wanting to pull her luggage though more dirt and gravel she left the cases next to the door and made her way around the house. The dirt path was riddled with holes and giant rocks, making it hard for her to walk in her spike-heeled knee-high boots.

Once she finally managed to make it around to the back of the house, she saw a massive barn in the distance; the front doors were wide open and she could faintly see rows of cows. Well, guess that would be where the stink is coming from.

In the opposite direction was a stable, which had been visible from the road. Her eyes became drawn to a couple of beautiful black horses with a baby hanging around the mother. She smiled as she watched them; the baby was adorable. The horses intrigued her; one thing she’d never done before was ride a horse, but she’d always wanted to.

Maybe Connor will teach me? She carefully began walking toward the fenced-in area where the horses were lounging.

Crossing her arms over the wooden rail, she placed her chin upon them and watched them. 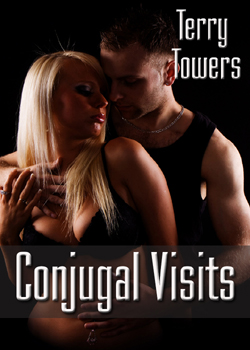 Their Family of Three (MFM)
Marla Monroe
In Shelf
$4.99