Tristan’s life as a vampire is simple enough when he and his familiar John go out for a drink one night. However, he didn’t count on running into Rory, a guy he shared a steamy kiss with at a party, and he definitely did not plan on John and Rory being attacked by a vampire-werewolf hybrid sent by Tristan’s vengeful brother.

Both men are infected, and both men turn, one into a vampire and the other into a werewolf. The attractions, and conflicts, between the three men make sparks fly as they try to learn more about what has happened, but Tristan’s brother has little desire to help them. Tristan was born a supernatural being, but how will Rory and John adjust? And in the end, will both men be open-minded enough to accept the love they could both enjoy with Tristan?

John had envisioned lots of possibilities to come home to. He feared he would find one or both of the other men bleeding. He had not expected to find them naked, Rory writhing on the bed while Tristan sucked his cock and fingered his ass. John shifted, his own cock twitching as he watched Tristan’s fingers slide out of Rory. The two men said nothing, seemingly waiting for him. He set down the bottle Galan had given him. They obviously wouldn’t need it, but he’d find out why later. The tension in the room mounted until he began unbuttoning his shirt.

“You know, Tristan, you’re a little too big for a virgin. I think I better fuck him first.” He pulled his shirt off and toed out of his shoes as he met Rory’s eyes. “Assuming that’s what Rory wants?” He paused at his belt buckle.

Rory reached out his hand, and John moved forward quickly. He dropped his pants and stepped out of them.

Rory pulled him close for a brief, tender kiss. “I want you to be my first.”

“Could have fooled me,” John said, nipping at Rory’s lip and adding a smile so he’d know he was teasing.

“He was worried about you. He needed a distraction,” Rory said in an equally teasing tone.

John chuckled. “You make a damn fine distraction. He worries far too much.” He turned to Tristan, who hesitated. John pulled him close and brushed a kiss to his lips. “Deep down, we’re all right, but we do need to talk, okay?”

Tristan nodded and kissed his neck, his hand trailing down to John’s cock. John sighed in Tristan’s arms, and then he turned his head up to give him a flirtatious smile. “I should punish you, make you watch for a month and not let you touch either of us.”

“I’d still enjoy it.” Tristan moved away and stretched out on the bed beside Rory, kissing him briefly before turning back to John. “Come on.”

John stroked himself, excitement building in him more than he’d thought possible. He fucked Tristan sometimes, but both of them preferred for Tristan to do the fucking. John had never fucked anyone else since meeting Tristan, and the thought of Tristan watching them made him ache. He caressed Rory’s cock and then ran his hands up his stomach, climbing onto the bed and kneeling between his legs. They kissed, sweetly at first and then with more fire. John grasped Rory’s hand and slid one fang over the palm. He lapped at the blood until the wound healed, and then he concentrated on Rory’s mind.

Rory needed to come. He wanted John inside him. He wanted both of them, and the conflict and tension from earlier were both gone. All of this pleased John as he got into position. John fingered Rory’s opening, finding him tight but ready. He grabbed the lube and slathered his own cock while Rory and Tristan kissed.

Rory broke away and cried out when John slid into him. He gave Rory a couple of inches and waited, sliding further when Rory bucked against him. John focused on Rory, and Tristan slid away a few inches, slowly rubbing his own erection. John bent forward as he filled Rory, and Rory came up and met him in a steamy kiss. 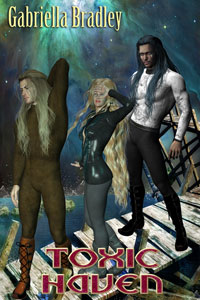