Kevin Baker is a banker, fifty-eight years old, but tells anyone who seems interested that he’s fifty-five. He regularly visits his gym in order to keep in shape, as well as to scope out the hunks. One particular hunk, Jake Whittiker is a leather-clad,muscled, tattooed, shaven headed biker. Kevin is infatuated with Jake and takes every opportunity to check the guy out.

On the surface, Kevin and Jake couldn't be more different, however, they have certain things in common: both are gay and are seeking love in lieu of meaningless brief encounters. Both also have something they are hiding.

Life for Kevin becomes increasingly complicated when passion and testosterone take over his normally reticent behavior. He agrees to go back to Jake’s house for sex. Here Jake’s secret is revealed and Kevin inadvertently confesses what he, too, has been holding back. The happy future for which both yearned seems impossible.

Now the lies and omissions are revealed, can Jake and Kevin accept each others' imperfections and weave a new future with what's left? 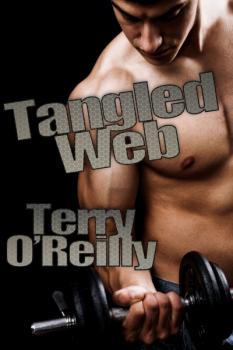 Kevin Baker sat at his desk in the Third Street Bank and Trust. He nervously, surreptitiously, checked his watch as his secretary droned on with the close of business review of that day’s accomplishments.

Four forty-six. Fourteen more minutes. Please don’t let any last minute drama come busting through that door, Kevin thought. I wanta get to the gym. I gotta see him again.

The “him” was a six foot something hunk of a bear (as the personals would describe him), who had captivated Kevin’s attention at the local gym for the previous three weeks. He didn’t come to the gym every day, but came often enough that Kevin was always looking for him, always hoping he would show up.

The hunk was husky and handsome. His head was shaved; he had hoops in both ears and a tattoo of a leopard on his upper left arm. He had blue eyes. Kevin was guessing here. He had never been close enough to make sure. The one time he had been close, opposite sides of a rower they both were heading to use, he had been so flabbergasted he didn’t look directly at the man. He was sure he had a salt and pepper Van Dyke. Kevin figured he was in his forties, maybe fifty. That made him feel good as he, Kevin, was fifty-five. Well, okay, fifty-eight, but he looked fifty-five so that was what he put in his personal on the Older For Me web site. He'd had only a few hits to his ad and he figured it was because he had been honest and included the information that he was married. The few guys who had responded were in the same situation as Kevin. But none had turned him on like the guy at the gym.

“I said, what do you want me to do about the Johnson application for a small business loan? They have called three times and need ...”

“All right,” she sighed, “but please call them. They’re getting on my nerves.”

Marianne gathered her notes and walked out of the office. Kevin looked over the papers on his desk one last time and went into his private bathroom to get ready to go.

Her Ex-Marines (MFMM)
Becca Van
In Shelf
$1.99
Tweets by
sirenbookstrand