Danger lurks around every corner and police officer Eddie Scarlett needs to stay focused on capturing a serial killer before someone else dies. A hot, sexy, blue eyed stranger is not a distraction he can afford ... or can he?

Eddie Scarlett, one of NYC's finest cops, is a tarnished hero. According to the scum on the street, Eddie is handsome, hot, and dangerous, but he has a heart as black as death. He’s called a back alley cop because he does undercover work for the NYPD, making him familiar with every back alley in the city.

When a crime spree breaks out, Eddie meets what he thinks is a whore with beautiful blue eyes. During their first encounter, they slam together like two taxis on Broadway. Before their relationship can even get started, Eddie has to go undercover.

It’s the kind of case that will test the resolve of a tough cop, forcing Eddie to forget his blue-eyed lover, his own identity, and even his common sense to melt into the city’s back alleys and capture a master killer wielding a cold blade. 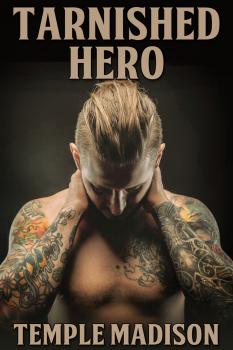 With his job done, Eddie couldn't get away fast enough.

He quickly slammed into his car, turned the ignition on, and felt the welcome purr of the engine. With a lead foot he revved it up over and over, his anger showing. The moment he got the car in motion he maneuvered it out of the parking spot, and gradually gained speed until he felt the wind slapping at his face from the open window. He longed for a wind that was clean and crisp for once, but as usual, he was hit in the face by the sickening odor of blood that quickly got lost among other disgusting odors. Drugs, alcohol, immorality, rape, corruption, muggings, perversion -- all a colorless, ghostly, and intoxicating danger that drifted through the city streets like an invisible giant. Eddie looked from left to right, and even behind him, an eye out not only for other traffic, but undesirables.

The ones, who, if they even moved, he'd be down on them in a New York minute.

So, with deadly black eyes, and a dark trench coat covering his back, Eddie drove along these busted up streets of New York like it was the bed he slept on -- when he was able to sleep.

Once Eddie got back to the precinct, he learned they had already nabbed a suspect, so he had just enough time to drink a cup of cold coffee in lieu of a stiff whiskey sour, wolf down a cold sandwich in lieu of a hot meal at the diner, and knock back several swigs of water, still trying to get the stinking taste of the street out of his mouth. Finally, he crushed the disposable cup in his hand like it was the neck of public enemy number one, and threw it into the wastebasket.

He walked toward the dull, drab, scratched up door with the word Interrogation Room stretched across the top panel like it was an invitation to hell.

The moment Eddie opened the door, he was hit in the face by cigarette smoke mixed with sweat. The room had personality. Every sicko perp that had ever been in there left some kind of odor to float around in the air. It was the only room in the precinct that could, along with Baskin Robbins, boast of over thirty-nine flavors -- or was it thirty-one? Thirty-five? Hell, did it matter? No chocolate or strawberry here, only the smell of tension, hate, and fear, along with the tiniest stench that told him that this room had been used for something other than interrogation.

Hundreds of angry, killing, grappling hands had fisted and splayed on that rickety, scarred up old table that looked as if it had been found in a dumpster somewhere. Rage you could almost taste hung in the air, giving the room a one-of-a-kind persona that was so real it could almost stand up and fight back.

He was deep in these ugly thoughts when suddenly he stopped short.

Sitting there at the little scarred up interrogation table wasn't the blood-covered, black-eyed monster he'd expected, but an innocent looking, blond-haired baby.

Not baby in the sense that he was young, but baby like in, oh, baby!

Eddie's years of experience told him this wasn't the freak they were after. This was a hot little number that must have been at the wrong place at the wrong time. Eddie's eyes lowered, beginning at his leather-clad feet and red flashy socks, and traveled up along his muscled frame to a net muscle shirt. Eddie almost laughed out loud when he noticed his red shirt matched his red socks. Sitting there all muscled and tattooed, Eddie wondered what he did for a living.

A model, an actor, or something much worse -- a street walker.

He couldn't help but wonder what kind of smell would linger after this man left the room. Maybe a bit of the spicy cologne he could smell wafting off the guy from where he stood. Too bad it would be eaten up by the nastier scents.

Approaching the suspect, he looked down at the clip board he was carrying, and said, "Adam? Adam Dunbar? Is that you?"

With his answer, Eddie pulled up a chair, scraping the floor as he swung it backward and straddled it. When the boy looked up at him, Eddie had to hold his breath to keep from gasping. He had the bluest, the most beautiful, the most innocent, the most --

"I didn't do it," Adam said, his smooth voice breaking the silence in the room.

"You know what ..." He hesitated when he saw Eddie. "You look familiar. Do I know you?"

"The name is Eddie Scarlett."

"I don't know what the hell you're talking about. I'm not the anything. I'm just a New York City cop doin' his job."

"Nah, you're not just any old cop. You're the one they call Demon, right?"

"They do if they want to get their heads bashed in."

"Hey, is it true that once you even pulled a gun on a guy you were having sex with because he wouldn't do what you wanted?"

"That's a lie! He just wanted to ruin my reputation."

"I'd say your reputation is already in the toilet, Demon."

"If it is, it's right there with yours and everybody else's. Now how about we ..."

"You patrol the streets nightly," Adam said softly, looking closely at Eddie. "Your impressive frame always dressed in black. Cop black. Always swaggering to the music of the streets. I've heard all about your hot little episodes in those back alleys. For a favor, of course. I have to admit that I never expected to see you when I was brought in, but here you are with your wolfish smile looking at me as if I was your next meal. You're a predator, Demon, a legend. You draw your sex partners in like a predator. Your voice, your touch, your desire to consume them. They become an ember within your fire. They become a possession -- branded by the Demon."