Clueless when it comes to women, Shane McCormick only talks geek. On a business trip to Vegas, he attends a masquerade dressed as a cowboy under the persuasion of his sister, only to find out he’s been set up by Madame Eve. On a dare with her friends, Mia Hunt asks for the impossible: A 1NightStand with a hot cowboy, except her date is the one person she shouldn’t be seen with. When their attraction fuels the night, trouble follows as desire collides. Will their time together end in calamity or a promise for more fun? 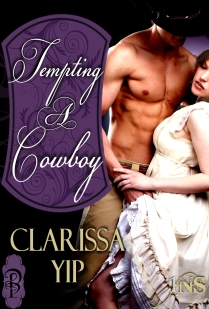 Shane McCormick could feel eyes on him. He tried to ignore the muffled laughter and voices of women in the elevator as he stared up at the brightly lit numbers.

He had his baby sister to blame. So what if he didn’t have time to date? Or get laid for that matter. It didn’t mean she had to take such drastic measures as signing him up for this…this…dating service. As the CEO of McCormick Technology, he was the inventor of StormX, the future security system that would make all others look like crap. But there he was, dressed as a gun-slinging cowboy at a costume party.

The elevator doors opened and he rushed out. Pushing his glasses up the bridge of his nose and tugging his hat lower over his forehead, he tried to calm himself, but the only thing he could hear at the moment were his boots thudding against the marble floor and his heart beating heavily.

He was never going to live this down if anyone from his hometown found out what Lily had gotten him into: a blind date with Bo Peep. As a cowboy, he even had on chaps. Chaps! Born and raised in Rover, Texas, the only time he’d ever dressed in leather was when he helped herd cattle on the family ranch, or at least tried. But then, he’d never really lassoed anything in his life, much less hung around to watch the cows calve.

He was a geek. Every pore and nerve in his body spoke only computers.

What did he know about women? 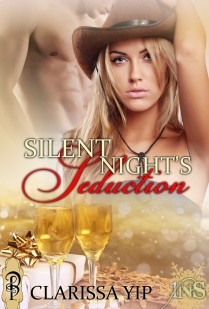 Tempted by Her Trinity (MFMM)
Rhea Regale
In Shelf
$5.99
Tweets by
sirenbookstrand