Tessa has no intention of attending her upcoming high school reunion. Ten years ago, she vowed never to set foot on that campus again. Woodside High School holds nothing but bad memories for her, the worst of which was losing her diary on graduation day. She had poured her heart into that diary. She’d even written about her secret fantasy of making love to a mysterious stranger who kept her blindfolded, and concealed his identity. But a few days before the reunion, she receives an anonymous note from the man who found her diary all those years ago. The secret admirer she never knew she had is finally ready to make his move. He wants to make all of fantasies come true. But will she have the courage to let him? 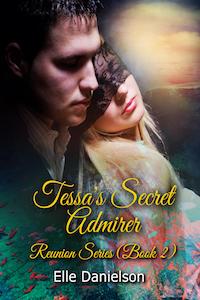 Corey was looking at Tessa like he wanted to say something. Well, there was no point in pretending anymore. Now that she knew the secret admirer was him, it would be stupid to do the blindfold thing. They might as well get it out in the open. “Is it you?” she asked, looking him straight in the eye.
He looked baffled. Legitimately baffled. “Is what me?”
She pulled the red envelope out of her purse and held it up. “Did you send me this?”
She barely had time to note the look of confusion on his face before her phone chirped. She snatched it up and read the message. Go out to your car. There’s a blindfold in the driver’s seat. Put it on. I’ll be there to get you in ten minutes.
“I have to go,” she told Corey, scrambling out of her seat and clutching her purse. She’d already taken several steps away before she realized how utterly awful it was of her to run away like that. She stopped in her tracks, thoughts racing through her head. Less than five minutes ago, she’d been convinced that Corey was the one who read her diary all those years ago. The one she would be with tonight. Because she would have taken what she could get. It wouldn’t have meant as much to him, but it would have meant something. She looked back at him and saw the longing in his eyes. It would have been so nice. Then. “It was nice seeing you again, Corey.”
She didn’t give him a chance to respond. Heart pounding, she raced to the parking lot as fast as she could move in her high heels. She got into her car and put on the blindfold, careful to adjust it so she couldn’t see a thing. She folded her hands in her lap, trying to steady her breathing. And she waited. 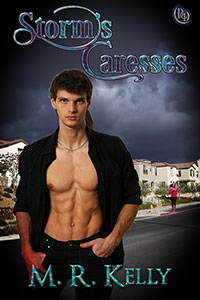