This is the story of a man who dared to listen to the land and the woman who went in the face of society to change the world.

Lady Valaria and Master Dallam may reside in vastly different social strati, but deep down inside they are very much alike. Both have family issues that push them to succeed and both wear blinders when it comes to certain aspects of their world. Lady Valaria, the ambassador’s daughter, is a scientist who believes many of Earth's problems exist because people are not eating the nutrients they need. She is fascinated to find that someone on her planet, Master Dallam, has coaxed the barren landscape into offering up her bounty.

There is an instant attraction when the two meet, however, both are determined to ignore it and get on with the business at hand. Things start looking up for this headstrong couple but fate and a certain hateful half-brother set a wrench in the works. And when that doesn't work he resorts to greater measures to rid himself of any obstacles to achieving his political dreams. Will good conquer evil, and will Valaria and Dallam live happily-ever-after? 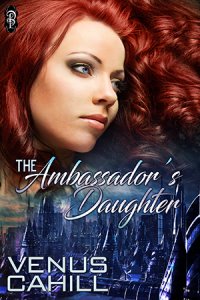 Dallam’s sleep-weary voice startled her, and she turned to see he had stripped off most of his clothing. A pair of loose-fitting cotton pants hung low on his lean hips.

Her eyes traced the muscles of his torso. She sat there staring at him as he lounged against the doorframe before finding her voice. “I’m sorry I’ve invaded your space. I thought you would have turned in for the night. I’ll leave.”

The speed and agility a man of his size possessed surprised her as he stepped before her, blocking her from standing. He crouched by the stool and nudged her hand away from where she was still rubbing her aching foot. He took her foot between his two large hands, and, despite the bite of pain from the pressure, it felt marvelous.

She couldn’t help but moan, and then followed it up with a nervous chuckle. “I can’t believe just how much my feet ache, but your touch is amazing.”

She’d never felt like this before, both soothed and disturbed. Her usual bouts of physical contact occurred to scratch an itch with no real intimacy and no emotion. Yet she found she enjoyed spending time with Dallam, enjoyed spending hours in stimulating conversation about everything from the mundane to the fantastical. He shared the same passion for his work she did for hers. She appreciated his intellect and how her social standing had no impact on his interactions with her.

The longer his fingers roamed her sore foot muscles, the more she lost thought of anything and everything but the feelings he evoked. She moaned again and dropped the journal, wanting more from him. She didn’t care about anything except his fingers on her body, and she wanted them on more than her feet. She reached out and clasped his hand in her own, stopping the motion. His bright eyes imprisoned her. She could see the desire and the regret in the depths, but she knew he would step away from her with just one word. She would utter no word.

She took the initiative and bent forward, kissing him. Her lips skimmed his. After the brief touch, she smiled as he moved her legs into his lap and took a seat on the stool. He made no move to resume the kiss. 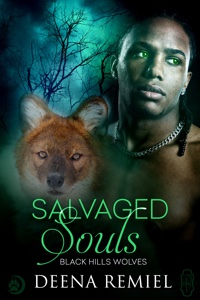