The Assassin of Oz

The Twisted and the Brave 2

Monsters and madmen and murderers, oh my!

A club of serial killers calling themselves Oz is stalking the streets of London. Alone and desperate, 17-year-old Halo finds herself drawn into the middle of their blood-soaked storm of murders. Struggling to survive, Halo must contend with both known and unknown killers, put her trust in the most unlikely of devilish places, and play by a new set of rules if she is to become the Assassin of Oz.

Gavin, a young US homicide detective, has moved to the UK to catch the serial killers, Tin Man, Lion, Scarecrow, and The Munchkin Masher but soon finds himself two steps behind the headline-grabbing murderers and one step behind vigilante group, Wonderland.

Stalked by death and danger, both Halo and Gavin are going to need all the brains, heart, and courage they can muster to take down Oz.

Be sure to read the first in the series: Lost in Wonderland (The Twisted and the Brave, 1) 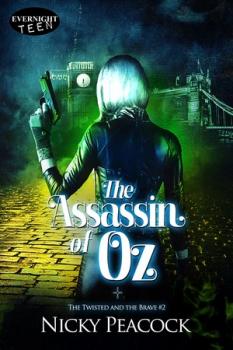 The Assassin of Oz

The Twisted and the Brave 2

More From The Twisted and the Brave 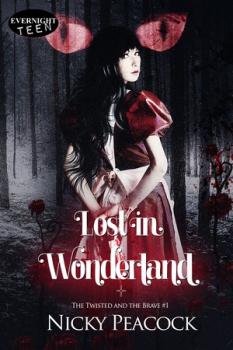 Cameras flash, journalists whisper, and the television crews quickly check their equipment. An odd hush then smothers the noise as a tall man wearing a dark suit and a graying white shirt steps onto the podium before them. His head hangs down somewhere between guilt and shame.

He scans the crowd and finds a mix of the usual faces, who will inevitably ask the usual questions, make the usual accusations, and of course never agree with his decision—whichever one he has chosen. He will give them the usual responses, the usual arguments, and defend himself, in the same manner he usually does. Yet this self-fulfilling prophecy gives him no comfort or confidence. What he is about to do will affect not just his life, but the lives of the whole country for which he is responsible. Even though he finds it easy to foresee his next few minutes with uncanny accuracy, his foresight cannot predict the years that will follow this speech.

He watches for the signal from his press officer and then drops his stare to the blank pages in front of him, surrendering his auto cue. With a sigh, he takes off his glasses and slowly opens his dry, pursed lips to speak.

“I cannot express to you the great sadness that grips my heart this day. As a man who has dealt with war, famine, and crises born of nature’s wrath, I can honestly say I have always tried to see the good in my fellow man, but today I … I stand in front of you in doubt. I have tried to pinpoint one single event that has brought me here. One particular crime that has been the catalyst to today, but alas there have been so many, they are now a bloody blur to me, leaving stains of faceless ambivalence.”

A murmur ripples through the crowd and the photographers steal the opportunity to take a few more choice shots for the morning news. The man squints at the barrage of flashes, shakes his head, and grips the podium tighter.

“It has been estimated there are now at least five murders occurring every week in London alone, with the bulk of these murders being attributed to at least seven different serial killers that are freely roaming our streets. We have drafted in police from across the globe to combat this alarming crime spree, but alas, I feel, as your Prime Minister, that this is still not enough to keep the innocent people of this country safe. And so it is with a reluctant and heavy heart that, as of this day, I reinstate the death penalty to be carried out no less than one week after a conviction of murder has been secured for anyone who is over the age of sixteen. From this day, if you willingly, and knowingly, take an innocent life for pleasure or gain, you will forfeit your own.”

The murmur rises to a roar as some reporters cheer, and others cry out angry questions.

“Prime Minister, how can this be justified? There has been no vote in Parliament?” one reporter yells.

“Why haven’t these killers been stopped by now?” asks another.

“Sixteen is too young!” cries another.

“What about the ongoing cases? Will this sentence be given to those already on trial?”

He recognizes the last voice, Levi Goodman, a sleazy reporter from a popular TV channel who’s been drumming up panic since the UK descended into this blood-soaked mess.

“Yes, this will apply to any conviction from today onwards,” he replies, his eyes downcast.

“How can that be justified?” Levi asks.

The rest of the reporters burst into a spasm of questions, comments, and more outrage.

The Prime Minister looks through the throng of animated journalists. He moves to step down, but pauses and then turns back to them and says, “May God have mercy on our souls, and may The Devil have room enough in Hell. There will be no answers to your questions. There were none to mine.”