Seventeen-year-old Thad Stevens loves baseball -- he’s loved it for as long as he can remember. Thad’s dream of becoming a batboy comes true when he’s chosen to be on the squad for the Buzzards, a local, semi-pro baseball team.

His duties put him in constant contact with his idol, shortstop Iggy Hernandez. Thad struggles with his growing attraction to the handsome ball player.

One day Thad accidentally discovers Iggy has a secret life. What will Thad do with this new information, and what implications does it have for the young batboy and his relationship with the man he admires? 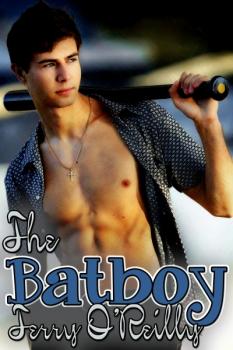 Thad loved baseball. He couldn’t remember not loving it. He’d seen pictures of himself swinging a wiffle bat and hitting a ball over the fence into the neighbor’s yard. His dad still proudly showed off the pics saying, “Baseball’s in his blood.” Thad had been two when those pictures were taken. He’d gone on to play T-Ball, little league, pony league, and for his high school baseball team. When he went to college he planned on playing there, too. He hoped for a career as a ball player after that.

This would be the last year he would be eligible to be a batboy. Fourteen to seventeen was the age range the Buzzards’ organization had set for their batboy squad. He was seventeen. He’d applied for the last three years and every year he’d gotten a letter thanking him for his interest, reminding him that over a hundred kids applied so not to be discouraged, and to think about trying again next year. This time there would be no next year, however. It was now or never.

Damn! Maybe I shoulda put in more time on that “Why I want to be a batboy” essay they wanted. Just seemed like a dumb idea to me. I write the same thing every year. Bet everyone says the same stupid stuff. “I want to be a batboy cause I love baseball and think the Buzzards are a wonderful team and I’d really like to be part of it,” and crap like that. He sighed.

Just then the door opened and his mother came in. She set her basket of laundry on top of his dresser, opened the drawers, and proceeded to put away his clean socks and underwear. When she was done she turned, leaned on the bureau and smiled at her son.

“Don’t give up just yet,” she told him. “It hasn’t been that long since you applied. I’m sure it will all turn out okay for you.”

“Thanks, Mom. Yeah, well, I hope you’re right,” Thad said, trying to sound grateful for the encouragement but feeling down inside that it was a lost cause.

Mrs. Stevens smiled again, went to his closet, hung up a couple of shirts, then went to the door.

“Remember, a dream is a wish your heart makes. And wishes can come true,” she said with a cheeriness that rankled Thad. He tried not to roll his eyes at her sappy attempt to make him feel better.

After she left Thad looked around his room. The decorations were a testimony to the dream his heart had been wishing for a long as he could remember. It was adorned with posters of pro-ball players, pennants of teams he liked and some autographed pictures of the guys who played for the Buzzards. One in particular always caught his eye, Ignacio Hernandez; Iggy the fans called him.

Iggy was Thad’s idol. He played short stop. The same position Thad played on his high school team. Iggy was a great batter: had an over three hundred average. But it wasn’t only his baseball prowess that intrigued the young man.