Meredith is a cake-baking, apron-wearing small-town Canadian mom. Her guiding principle in life is, "What would June Cleaver do?" That is, until a curious set of circumstances cause her to crash an outdoor gathering where she stumbles upon a pair of delicious hunks getting a little hands-on with each other. Surely June Cleaver would have headed for the hills at the sight! Not Meredith. This relaxed get-together really heats up when one man's wife appears on the scene and encourages Meredith to join in.
Whew! Hot stuff! But the story's not over yet. There's still the tropical vacation, the confinement in foreign prison, the trial for freedom and, hey, where's Meredith's husband in all this? It is his birthday, after all 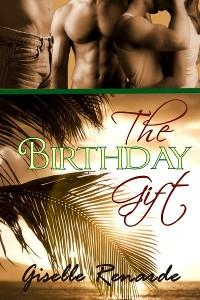 Who would have guessed this kind of gathering was going on in sleepy Sheridan? Sheena came over and stood supportively in back of Meredith, hugging her from behind. The roundness of Sheena's body provided comfort. Those expert hands around her waist sent waves of warmth across her skin, making Meredith happy to be naked. Deep breaths. Sheena still smelled of roses, even after they were gone.

"Close your eyes," whispered the wise woman. "There is much you can learn."

"To serve those around you, you must first feel happy and fulfilled in yourself."

The warm breeze of Sheena's breath excited the sensitive hairs deep inside her ear canal.

"When you defy your fears, that is when your family, your friends, even strangers respond to you with admiration."

Fingertips wandered down her neck, along her chest, causing Meredith to release a pleasured oh. Her skin danced under that touch.

"Your joy rubs off on those around you, and they become joyful also."

Taking in a sharp breath, Meredith nearly leapt out of her body when Sheena petted the golden hairs along her abdomen. One of those unexpected too-good sensations

"But it all starts with you, beautiful Meredith, golden woman, finding pleasure in life."

There was some version of heaven in Sheena's touch as her fingers brushed gently through the dark honey hair below her navel. Too gently. And too high. Oh, please, touch lower

"Now, think for a moment and tell me, what do you want right now?"

Unable to consider anything outside of this moment of pleasure, Meredith wanted nothing more than further gratification from Sheena's expert hands. Taking Sheena's hand in hers, she slipped those smallish fingers into her wet slit. Ohhhh Pussy lips enveloped their new visitors, coating them in natural moisture. Clit awakened after its nap.

"I will not stop," Sheena replied, with a hot kiss to her shoulder and another to her neck. With small but firm fingers rubbing warm liquid against her tumescent clit, her knees weakened. "Oh, you are very wet, Meredith. Tell me about the film that is rolling behind your closed eyelids."

"His cock?" The hard k sounds exploded in her ear as Sheena pressed a little harder against Meredith's clit. Mmm Yes, this was what she wanted.

"If you open your eyes, you'll see something even better," Sheena encouraged. 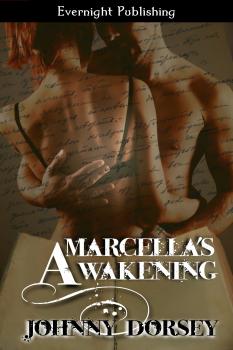