The Cemetery Next Door (MM)

When Ray and Marty, partners for twelve years, decide to get away from San Francisco for a week, they choose a small town across the bay. Only upon arriving at their hotel do they discover a cemetery next door. Ray is concerned at the proximity but Marty, who has experience with ghosts, assures him the residents are the quietest neighbors.

But when the two men get drunk and have sex in the cemetery one night, things change. Mishaps occur at the hotel: an elevator gets stuck, a fire alarm sounds in the middle of the night, a door refuses to open. Marty soon realizes someone in the cemetery was disturbed by their sexual antics and is punishing them.

How can they escape the ghost’s wrath? More importantly, how can Marty get the skeptical Ray to even admit it’s a ghost after them? 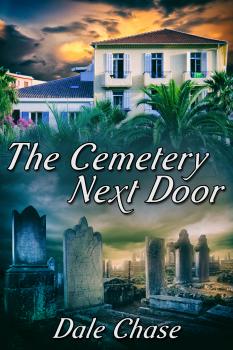 The Cemetery Next Door (MM)

We held hands walking back to the hotel, bumping along, laughing at being tipsy. “What a wonderful state,” Ray declared. “Indulging with the man I love.”

When we reached the hotel he tightened his grip and pulled me past the entrance. “C’mon,” he said with a yank.

“There,” he said, nodding toward the cemetery.

“I’m not scared, I’d just rather be indoors.”

“Well, I want some adventure,” he said, letting go. He ran toward the cemetery’s entrance and I saw I had no choice. If I wanted his company, it would be on a cemetery stroll.

As he all but danced along the road, I walked while looking around to see if others were present. The place seemed deserted, appropriate for a cemetery at night, but what about a caretaker or security guard? Glancing up, I noticed half a moon and wished there was none so we’d be better hidden, but on second thought maybe a little light was a good thing.

Ray had such an impish quality, especially when he’d been drinking. Problem was, I liked it so I hurried my pace and caught up to him as he lay back on the memorial bench we’d sat on before. When I got close I noted he had his pants undone.

“But it’s perfect. Nobody’s around and it’s such a gorgeous night, why not have some fun?”

He now had his dick out, working it, and I knew he wouldn’t change his mind. He seldom came over to my side on things which had reduced me to a master of compromise. “Suck me,” he said, waving his dick at me.

I looked around and, as we were well up the road, I gave way, kneeled, and took him into my mouth. What I didn’t expect was him squealing with pleasure. I pulled off and sat back. “Keep quiet,” I demanded.

I resumed my place and soon didn’t care I was sucking cock among the dead. I had a live one and that was what counted. Then Ray was coming and I was swallowing while anticipating what I’d do to him in return.

When he was empty I eased back and he sat up. “Oh man that was good,” he said. He pulled me down beside him and kissed me and there we sat, him with pants still open, dick for all the dead to see, and us making out. In time I let go of concerns for the living and the dead. I only wanted Ray.

The margaritas were doing their magic now, taking me where I’d ordinarily not have gone. I led Ray by the hand, pulling him along until I saw a row of tombstones. “There,” I said.

We ventured over for a look, but it wasn’t light enough to read anything on the markers. Ray plopped down on the grass, pushed down pants and underwear. “I’m all yours,” he said as he rolled over and stuck his butt up at me.

That did it. Head slightly swimming, I felt justified in doing whatever in hell I wanted so I pushed down my pants, got behind, and put it to him. Now I was the one squealing, playing banshee as I started to ride. And as I did him, I found myself enjoying the quiet around us, the brisk night air, the scent of trees and flowers. Park fucking once removed.

When I came I let out a roar, going at Ray with everything I had. I pounded until I thought I’d pass out, then collapsed onto him.

“Told you it would be good,” he said.

When I rolled off we lay side by side, enjoying that bliss that makes all else irrelevant. I was starting to doze when Ray took my hand. “Don’t you dare fall asleep,” he said, pulling me up. He was on his feet and dressed. “Let’s go on up the road,” he added. “Come on.”

All I wanted was to stay where I was, but I gave in, got to my feet, tucked my dick away. Once upright, I regained my senses and we walked further into the cemetery. Trees thickened toward the back, and there were more flat markers, graves unknown save for the little metal squares planted atop them. It was darker here, trees obscuring most of the moonlight which prompted Ray to totally strip. Even in my drunken state, I didn’t want to get naked. But I did. 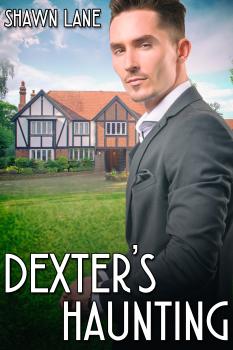 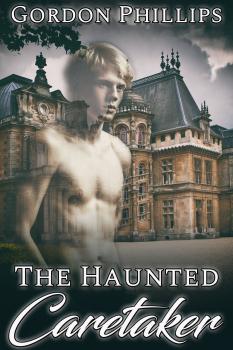 The Most Magical Halloween (MMM)
Casper Graham
In Shelf
$3.99
Tweets by
sirenbookstrand