Rise of the Valkyrie 1

Party girl Meg Highbury wakes up the morning after her twenty-first birthday with one hell of a hangover—and a walking corpse in her apartment. Meg turns to her straight-laced neighbor Armando for help, and together they discover that Meg is a Valkyrie. What’s more, her first duty is to trade places with the corpse.

But Meg is being sent to her Death Duty too soon. In a race against time, Meg frantically tries to find a loophole to avoid her gruesome fate, but while Meg is determined to live whatever the cost, Armando's strict moral principles keep getting in the way of her plans for escape.

Can Meg walk the “right” and narrow path, possibly sacrificing her mortal life, for love? And if she can, will Armando have the stomach to love a rotting corpse of a girl who is falling apart in more ways than one? 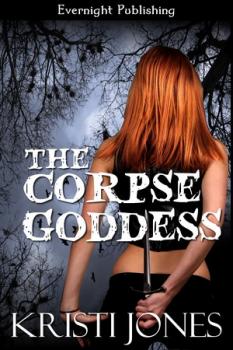 Rise of the Valkyrie 1

More From Rise of the Valkyrie 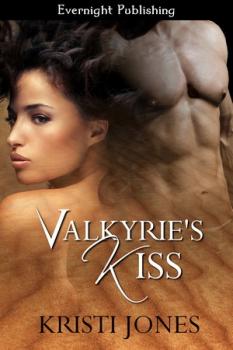 Meg Highbury woke up the day after her twenty-first birthday to the smell of spoiled hamburger meat stinging her nose hairs and tickling her gag reflex. For a moment, Meg thought she was back in Dr. Schlechta's embalming room, with the bodies and the fluids and the dull instruments of death. She'd never forget the smell of that room – a medicinal rot, the choking smell of old meat sealed in hot plastic.

Sunlight streamed in through the Venetian blinds, lighting up her studio apartment like a movie set at midnight. Her corneas felt coated in super glue, and her mouth tasted like she'd spent the night licking chalkboards. Too much Merlot. Much too much Merlot. But a girl had a right to celebrate her twenty-first birthday in style, and Meg had spared no expense – at least where the alcohol was concerned.

Meg threw back the covers and swung her feet to the floor, trying to remember where she’d left the ibuprofen.

“What the…?” Just opposite her own bare feet, she saw a pair of scuffed black shoes that sent her scuttling back into bed.

Meg rubbed at her eyes and dared another look.

The thing was still there.

Meg clamped a hand over her mouth to stifle the scream building inside her chest. She couldn’t scream. If she screamed it might become real. People might come running. Doctors and scientists might be called. A zombie might be standing in her apartment.

What stood before her was unexplainable. She saw shreds of cloth that might once have been a pair of trousers. Bony, flesh-deprived hands. But its face, what was left of it anyway, sent a chill through her soul. Its eyes were long gone, but Meg felt herself drawn to those two gaping, rotting holes. The lips were gone, too, and left a gleaming, toothy, lipless grimace. The thing was like something from a movie, only this wasn't a movie set. Meg wasn't famous, and she wasn't the star in some B-movie remake.

It was an hallucination, of course. It had to be. The dead didn't walk around visiting random college students. Meg knew this as surely as she knew that the sun was the center of the universe.

And the smell. Could hallucinations be olfactory was well as visual? Meg didn't know.

She took a deep breath through her mouth and tasted decaying flesh. Her stomach lurched. With all the energy she could muster, Meg swallowed back the bile threatening to spill out onto her comforter.

She tried to remember her birthday celebration from the night before. She remembered the gift. Grateful to have somewhere else to rest her eyes, Meg glanced at the book balanced precariously on a small midden cluttering her nightstand. It rested among the pill and beer bottles, the used Kleenex and empty gum wrappers. She remembered meeting Tee and Emma at the cemetery. She didn’t remember whose idea it was, but she did remember fumbling her way through a cheesy séance, using the anonymous gift, the book, to try to talk to the dead. Most of all she remembered drinking Merlot. Lots of Merlot.

The corpse standing in her apartment stood motionless while Meg tried to recall the rest of the evening. The séance had been a bust. Tee had thought it was stupid and said so. Emma wanted to go to a party at Danny Kole's place, and of course, Meg wanted nothing to do with any party that Danny “The Scumbag” Kole was throwing. They’d had some kind of fight. Nothing major, just the usual girl spat over who had the better idea and what should they do with the evening. She remembered Tee and Emma humoring her and doing the séance, but only because it was her birthday and you didn’t say no to the birthday girl. But instead of making her feel young and carefree, the séance had made Meg feel foolish and childish, so she agreed to meet them at Danny’s party. She had no intention of going to the party later, but that was okay. The wine had gone to her head, and she only wanted to go home and pass out. She had waited until her friends left, then stood up to head back to her apartment.

That's when the fun began.

The memory came to her like a remembered dream. The dark shape moving out of the corn field. The smell. She had walked to the car in a haze of alcohol, and her companion had climbed into the passenger seat. She remembered a bony hand pulling at the seat belt and laughing hysterically, all the while thinking how great she felt and how silly she was, drinking legally for the first time. But that same bony hand was dangling not three feet from her now, and the alcohol in her bloodstream had watered down to almost nothing. And there it stood. The zombie.