After the Countess murdered Jeffrey Pasco, she knew his older brother would eventually come looking for her. Before he died, the young Pasco told her his brother was one of the best assassins in the world and that her time would soon come.

Now that Jonathan Pasco has found her, it’s going to be a fight to the death, one crazed adversary against the other. The question is -- who will win the battle? 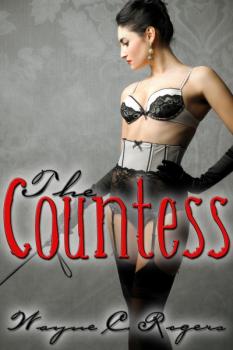 “I used to work for the government,” he said in a low voice. “Now, I’m retired.”

“Were you good at your profession?” the Countess asked.

“You’re not afraid of Dimitri, are you?”

The Countess turned around in her chair and stared up at her chauffeur.

“Did you hear that?” she asked him.

The chauffeur grinned at Pasco as if he were looking at an imbecile. He gave Pasco a stare that would’ve made most men wet their pants. Pasco, however, was ready to kill both of them right here in the club. Inside the limousine would be better, but you always had to be ready to improvise. The smirk on the chauffeur’s face began to wan a little as he saw something disturbing in Pasco’s eyes. Whatever it was, the chauffeur felt a threat and moved closer to his Mistress.

“What experience have you had with pain, Mr. Pasco?”

“I’ve had sessions with Lady Nicole in London and Mistress Steiner in Berlin,” Pasco said. “Neither of them could make me utter their safe word.”

“When a slave enters my dungeon,” the Countess continued, “I demand total submission to my needs and desires. There are no limitations. It could be more than you’re willing to experience.”

“So, nothing scares you?”

The Countess rose from her seat and led the way out of the nightclub with her head held high and her hips swinging seductively from side-to-side. Everyone in the room avoided making eye contact with her. The chauffeur and Pasco trailed close behind as she walked out of the club and into the alleyway.

Pasco knew if he hadn’t discovered her name and telephone number in his brother’s diary, he’d never have found her. A stroke of good luck had placed him on her trail like an old bloodhound. At least now there was the possibility of revenge.

The three of them exited the alley and headed across O’ Farrell Street to a black stretch limousine. There were a couple of whistling sounds as the chauffeur turned off the car alarm and unlocked the doors with the plastic remote in his hand. He then moved past the Countess and opened the rear door for her. Pasco watched with interest at the blatant display of upper thigh as she got into the car and the chauffeur closed the door behind her. She was evidently wearing pantyhose.

Walking around to the other side, Pasco opened the rear passenger’s door and got in as the chauffeur climbed in behind the steering wheel. Once Pasco was sitting on the plush leather seat in the spacious rear area, the chauffeur started the engine, relocked the doors, and slowly pulled away from the curb.

“Does locking the doors keep out the riffraff?” Pasco asked.

The Countess chuckled as she opened a small refrigerator built into the divider separating the front of the car from the back. Pasco got a generous view of her legs as she took out a chilled bottle of Dom Perignon and two champagne glasses. Though he knew someone would die tonight, he still found himself sexually aroused by her sensuous beauty.

“The champagne is an ’88,” she said. “I’ve been saving it for a very special occasion.”

“You consider a session with me to be special?”

“Your face looks familiar. Have we met before?”

“How could a man forget a woman as lovely as you?” he asked.