The ranch is for sale, and Kayla has no idea how much longer she will have a job. Throwing caution to the wind, she has some fun with a sexy guest, knowing it’s against the rules. She just never expected it to stir feelings deep in her heart.

Jack has a motive. He wants to buy the ranch. The best way to find out what is going on behind the scenes is to stay there as a guest. He never expected to come face to face with a woman who could make him yearn for more than just a good time.

But when she learns that he’s not exactly who he led her to believe he was, will she kick him to the curb…or take a chance on love? 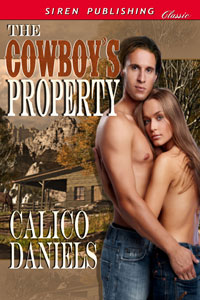 Heat Rating: Sextreme
Word Count: 20,882
14 Ratings (4.0)
Contemporary Western/Cowboys
In Bookshelf
In Cart
In Wish List
Available formats
PDF
HTML
Mobi
ePub
Cover Art by Jinger Heaston
Reviews
Good story, but too short to make it a great story. Still I liked the sexual tension building between the characters because they were always being interrupted by other people in different stages of sex. I liked "The flaming dragon" part, I regret that it was so short because that could have been a great moment in the book. A restaurant were all the females employees are in reality all males, come on! Could have been so funny, it was a little bit, but could have been a real laugh! Nonetheless, the author has done a great job with very few words. Thumbs up!
Melo80
Read more...
Excerpt

“Tell me, do all the guests get this kind of service here?”

Whirling around, Kayla found herself staring at the sexiest man she’d ever seen. He was tall, tanned, and oh, so scrumptious. And he stood in the bathroom doorway wearing nothing but a low-slung towel! The muscles of his biceps bulged as he kept his hand fisted in the towel, holding it securely in place. Droplets of water slid from his dark hair onto his broad shoulders and rolled down his rock-hard chest. Her eyes followed one as it trailed down over his six-pack abs and disappeared at the towel line.

The towel below his waist stirred, and her gaze shot back to his face. His chocolate eyes twinkled with mischief, and a slow smile spread across his face. Kayla folded her arms beneath her breasts and gave him another once-over.

Alarms blared in the logical part of her brain, but her body just wasn’t listening. Her nipples hardened and throbbed against her shirt while a rush of heat flooded her pussy. The rules on the ranch were simple. No fraternizing with the guests. Any violation resulted in immediate termination. Laura was a raging bitch who had fired staff members for less. Sometimes PMS seemed to be a good enough reason for her.

But what did her rules really mean now anyway? She was selling out. Chances were very good that even those Laura didn’t fire before she left would get canned by the new owners. Most owners wanted to bring in fresh staff to go with the new management. If she was going to lose her job anyway, why not go out with one hell of a bang?

“I like what I can see.” Kayla touched her tongue to her lips and watched desire flare in his eyes.

“Do you want to see more?” His gaze raked her body from head to toe, taking her all in like a starving man at a buffet.

“Honey, I never agree to ride a horse before I see him outside of the stall.”

He raised one dark brow and took a step closer to her. “This pony’s definitely not a task for a novice rider.”

His scent surrounded her and made the muscles in her pussy clench. A day’s worth of beard shadowed his jaw. Her breasts grew heavy. Oh, to feel the stubble scratch across her sensitive skin would be heaven. “Then I guess it’s a good thing I’m an experienced rider who knows how to handle my mount.”

Another step closer. The bulge beneath his towel swelled again. “Do you use a gentle hand?”

“When the need arises.” Kayla tilted her head and stared into his eyes as he took another step, bringing their bodies close.

“But can you handle a mount that’s more than a handful?” His breath was warm and moist across her cheek, sending shivers down her spine.

“I can handle anything I can wrap my legs around,” she whispered.

The sexy guest’s cock nudged her hip from beneath its terry cloth cover. “Wanna go for a ride?”

He came. Desire licked its way from her pussy to her nipples, drawing them to tight buds. The deep timbre of his voice set her body on fire with want and need. She glanced at him over her left shoulder, leaned forward, and gave him a great view of her denim-clad ass. “Do you doubt my ability?”

Shit, he was sexy. A black felt Stetson covered his dark hair. A cotton T-shirt molded his chest, showing off every dip and curve of the defined muscles beneath. Worn denim encased his long legs. The silver and gold buckle at his waist couldn’t hide the pronounced bulge beneath.

Two strides brought his hips flush with hers. The impressive ridge of his cock pressed against her ass as he wrapped his fingers around her waist. “Baby, if your body can keep half the promises that I’ve heard come out of your mouth, I’ll be the luckiest man in the world.”

Kayla rolled her hips against his crotch. “My mouth can do a lot more than make promises.”

Jack slid his fingers to the button of her jeans and released it. “But can you back up those words?” The metallic slide of the zipper echoed in the silent stall.

She gripped his right wrist and pushed it down into the front of her pants. With no panties, she knew he could easily feel how wet and ready she was. “Do you want to find out?” she whispered.

He pushed his hand further down into the front of her jeans, sliding a finger between the damp folds of her sex. “Isn’t there some rule about fraternization here?”

“Not worried about breaking the rules?” His hot breath teased the shell of her ear.

“Do you really want me to think about the rules right now?” She arched her back against his chest, driving his fingers deeper into her pussy.

Jack rolled his hips against her. “No, I don’t.” The ridge of his cock nestled against her ass.

With determined hands, Kayla shoved her jeans down her hips, allowing him greater access to her. He caressed her deeply and turned his attention to her clit. Teasing and flicking. Passion coiled deep in her stomach. A strong hand gripped her shoulder and urged her to lean across the neatly stacked hay bales in front of her.

Christ, he had talented fingers. “Then what do you want me thinking about?” A moan passed over her lips as he grazed her clit with his thumb.

His fingers disappeared from inside her. Before she had time to voice her displeasure, he spun her around and sat her on one of the bales. The dry blades of coastal hay pricked her tender skin. He dropped to his knees and tugged her jeans down as far as they would go with her boots still on.

“I want you thinking about my mouth on your pussy.” His callused hands skimmed the inside of her thighs, spreading her as wide as the confines of the denim would allow.

“I’d rather feel it than think about it.” Leaning back on her elbows, she angled her trimmed mound toward him in a silent invitation.

A feral growl rumbled from his chest as he spread her lower lips with his fingers. “And I’d rather taste than talk.”

Kayla smiled. “Get in there, cowboy, because I won’t stop you.”

The first touch of his tongue across her swollen pussy sent a shock wave through her body. Wickedly delicious swipes and nips set her on fire. She gasped. Fuck, his mouth was better than his fingers. He pulled her clit between his lips, flicking, and sucking. One strong finger teased her opening, dancing around the edge but never penetrating.

“Good thing, because as good as you taste, I may not get my fill for a while.” His mouth returned to her, sliding his tongue down her slit, toying with her clit, and moving farther to tease her entrance.

Hay poking her ass and arms and restricted use of her legs wasn’t generally her ideal setting for sex, but his oral action was more than making up for any discomfort she was dealing with. Tension coiled deep within her like a spring ready to explode. The walls of her pussy contracted, needing penetration, needing completion.

His magical tongue dipped into her, laving her thoroughly. She whimpered and rolled her hips against his mouth. More. She needed more. “Don’t tease me, Jack.”

“Tell me what you want.” He gave another deep lick and swirl as his thumb circled her clit.

Kayla’s body quivered. “I don’t give a shit as long as it ends with me coming against your mouth.” She clenched her teeth as he delivered another precise flick.

“Maybe I don’t want to end the meal.” A long finger slid into her channel and retreated.

A moan of frustration escaped her lips. “Then come back for seconds.” 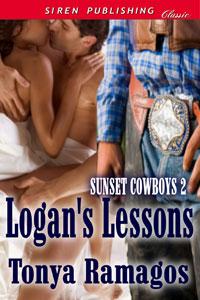 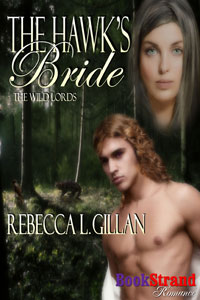 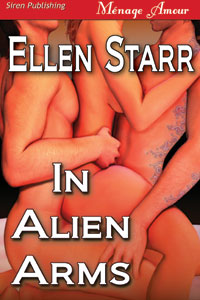