The Dog with Two Lives

Scamp is a Jack Russell of dubious breeding and an unacceptable color scheme. But he is determined to leave his hectic home behind to come live with my husband and me, and his persistence pays off.

He quickly burrows into our hearts and proceeds to embark on a series of hair-raising adventures, including a near death experience, a brush with alligators in Florida, testing the strength of lanai mesh, being a stowaway, rounding up my horse, and luring our Great Dane into a neighboring pool.

The rough-coated little dog is a smooth operator when it comes to charming everyone he meets with his friendliness and trusting ways, yet he always lives up to his name! 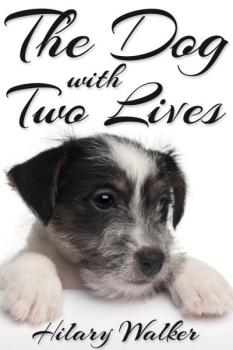 The Dog with Two Lives

At midday on Easter Sunday, we were about to sit down and enjoy a well-deserved roast pork and potatoes with all the trimmings. But I needed one last thing from the fridge in the small room leading off the kitchen to the back garden.

While I was rummaging through the appliance, a high-pitched squeal pierced the air and I rushed to the window in alarm. Outside I saw Ruggles’ jaws wrapped round Scamp’s neck.

No! Why had the Border Collie suddenly attacked his brother? They’d been such fast friends up till now!

Hurrying out, I quickly understood what had happened.

The two puppies had been rough housing as usual when Ruggles’ teeth became caught in Scamp’s collar. While trying to extricate his jaw, the Border Collie had twisted his head the wrong way and was creating a tourniquet round the Jack Russell’s throat.

Poor Scamp wasn’t moving and his eyes bulged unblinkingly. I struggled to unbuckle his collar -- the thin, rounded leather type -- but this only tightened it more.

With brute force, I wrenched Ruggles’ teeth free and frantically undid Scamp’s collar. He fell limp to the ground. I scooped him up and ran into the house, with his little body now becoming rigid and his legs sticking out like wooden pegs.

Gina is a nurse, and I asked her in a broken voice whether my pup was still alive.

She felt a faint pulse. “Barely. You have to get him to the vet immediately. Wrap him warmly -- he’s in shock.”

Luckily the emergency animal hospital was only five minutes away, and Glen drove as fast as he could while I held the taut body, swathed in a heavy towel.

On the way Scamp stopped breathing. His protruding eyes glazed over and he was no longer able to see.

Glen was more practical. “Quick! Give him mouth to mouth!”

Have you ever tried giving a dog mouth to mouth?