John Abernathy woke and realized he knew everything that was going to happen to him in the future. He knew how and when he would die. He knew that he would affect a great many lives. He knew he would be instrumental in saving the country he held dear to his heart. John Abernathy was fourteen years old when he knew this.
Through the years on the way to his destiny John befriended three very beautiful women. These three very dear people, he was sad to admit, he could not prevent from having to endure the holocaust to come. That they would be safe was no consolation they would experience the most horrendous event in the history of the United States. 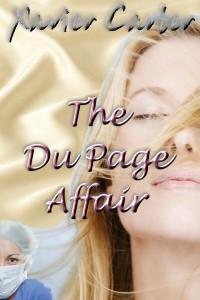 Mike had witnessed, 'the kiss', from his room while he was changing. It had been the most beautiful thing he had ever witnessed. He finished changing and sat down in the chair to regain his composure. Tonight he would make sure the cameras were turned off after he left their room. The girls deserved a little privacy once in awhile.

The afternoon and evening was spent as usual, playing cards, doing homework, studying. The next day was Friday, the three had no classes until late in the morning, so they could all sleep in. At around eight Mike said he was bushed and said good night to the girls. He went to his room and shut down all the monitors except the one that watched the girl's door. Mike sat down in the chair and turned to his terminal to catch up on world events.

Michelle and Susan watched, as Mike closed the door after him, with anticipation. Once closed Susan almost ran to the door and flipped the lock silently. She turned with her back against the door, her hands pressing into the wood as her ass pressed against her hands. She almost couldn't control her excitement as she watched Michelle slowly approach her. Michelle placed both her hands against the door, one on either side of Susan's head. Keeping eye contact with Susan she slowly moved in, closer and closer to Susan's lips.

The excitement Susan felt rush into her body as Michelle's lips brushed hers was overwhelming. The two young women pressed their bodies against one another as their lips opened and their tongues danced in each other's mouths. Michelle felt a fire start to burn in her as her lips pressed against Susan's, a fire that started in her belly and spread in all directions through out her body. The women were wrapped in each other's arms as they were consumed by passion.
Michelle broke the kiss first pushing Susan away slightly. Taking her hand Michelle led Sue to the bed and pushed her down climbing on top of her. Moving to one side Michelle reached out placing a hand on Susan's more than ample breast. Susan shuttered gently grabbing Michelle's face between her hands as Michelle's hand squeezed and massaged her breast.

"Michelle, I have never been with another woman before."

"Funny thing is, neither have I, darling." Michelle leaned down and kissed Susan's soft lips as she continued to squeeze her breast and pinch her nipple.