Homeless and hiding from his mother's abusive boyfriend, Davie -- along with his friend Grey -- accept an offer to move to a safe haven called the Encampment. Owned by Slade, and overseen by Maddox, and Ran, it's a well-protected site in the mountains for endangered street kids. Among the present residents is the very taciturn loner, Vin. To everyone's surprise, Davie and Vin become friends of a sort.

Soon after arriving, Davie discovers there is more to the Encampment than it appears at first glance when Ran, with Vin's help, begins training him in various forms of self-defense.

Davie finds out why when Slade sends him and Vin on an assignment to stop a vicious gang of slavers preying on homeless teens. From there things get interesting, to say the least, as the two young men try to survive while dealing with their growing attraction for each other.

At eight on the dot Sunday morning, Davie raised his hand to knock on Ran's door, hesitated, and then did after telling himself to grow a pair. A moment later, the door opened and Ran let him in.

Ran snorted. "If you like basic comfort. I'm not big on decorating." He nodded to the sofa, which had utilitarian basic brown cushions on a stainless steel frame. The armchair across from it looked a hell of a lot more comfortable but Davie wasn't going to argue -- especially when Ran sat in it. Davie perched on the edge of the sofa, watching Ran.

"Okay, first things first," Ran said. "I've already told you about the protections we've set up on the Encampment, so we don't have to go over them again unless you have any questions."

"Good. I want you to meet someone." As soon as Ran said that, the door at the far end of the room opened. A tall, blond-haired man stood there, studying Davie. Then he came across the room to take a seat at the other end of the sofa.

"Davie, this is Slade," Ran said by way of introductions.

With bravado he really didn't feel, Davie replied, "So you're the infamous protector Grey's told me about."

Licking his suddenly dry lips, Davie asked, "Why are you here? Or more why are we here in the same room?"

"I wanted to get to know you personally. I'm aware of why you're at the Encampment, of course. I also know something of your life since you left home, thanks to Grey."

"That was part of his job. I have to find out as much as possible about young men who need my help."

"Then it shouldn't have been any surprise to you that the bastard came looking for me." Davie paused, shaking his head. "It was for me, though, after more than six months."

"He was hospitalized for three of them, in a coma." Slade smiled dryly. "You pack quite a, well not a punch, but ..."

Slade nodded. "They do, but given what your mother told them and the note you left her they decided you acted in self-defense."

"No shit! Apparently he doesn't believe in forgive and forget."

"I'd say not, especially since your mother kicked him out of the house a month after he'd recovered."

"A day late and all that, but still." Davie shook his head sadly.

"Indeed. How did you feel about what you did to him?"

"That he deserved it! All right, that was part of it. I was also scared that I killed him, which is why I called 911. I'm not normally violent but he was trying to rape me so I defended myself."

"I might debate your claim of non-violence considering how often you defended Grey and other kids who needed it," Slade replied.

"I couldn't turn my back on them, goddamn it."

"Most people would have, and some did I'm sure."

Slade turned to Ran. "What do you think?"

"He appears to be telling the truth."

"Appears to be?" Davie scowled at Ran.

"I can only judge by your tone of voice and body language. I can't read your mind."

Davie nodded. "It occurred to me, at the spur of the moment," he admitted.

"You'd have been on the losing end if you did."

"It's happened before. I'm still alive," he said tightly.

"Davie, calm down," Slade admonished him. "I have a proposition for you. Or rather I will, if Ran tells me he thinks you can handle it. In order for him to do so, he's going to have to work with you to teach you some of the finer aspects of self-defense."

"Like how to survive no matter what," Ran replied.

"Sure, why not? I won't be here forever and when I get back to the streets it might come in handy. Especially if the bastard's still around and looking for me."

Slade looked sternly at Davie. "This is between the three of us. Understood? As far as anyone else is concerned, Ran is going to be taking you with him when he patrols the fence line looking for any problems. That way, you can do it yourself if he has to leave for any reason."

Davie chuckled. "That's what we though was happening with Pace, until he left." He looked inquiringly at the two men.

"He's helping me with something." Slade said.

"Which is all you're going to tell me." 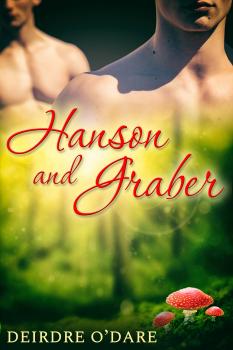