When teenager Tori Sherridan discovers there are monsters in the world, she is horrified to find she's attracted to two of them. After spending her life trying to avoid the men, she's even more shocked when, ten years later, the two in question discover her existence and don't want to let her out of their sight.

Try living life with no one to care for you. Women can't love you and won't even associate with you unless you're controlling their minds. That's what happens when you're not human. Angelo Rigatti and Ricardo Lobianco have lived that way for centuries. Can anyone blame them for being unwilling to release the one woman they can't control who hasn't run from them screaming?

More From The Endowed

Bending down, she began to straighten the magazines, clearing her mind of all thoughts of supernatural beings. Instead, she concentrated on reading the headlines to keep from betraying herself to him.

She felt the vampire walk up behind her. It was as though a broad circle of energy surrounded him. The moment he got close, she felt his aura brush hers. Lightning shot down her spine. Electrical current passed between them, causing her aura to jump and spark. The hairs on the back of her neck prickled and she began to stand. To ignore him, would give her away. Tori didn't know how she knew that, she just did.

His voice was just as deep and smooth as she remembered it. Like a shot of well-aged scotch. It burned through her mind, making a slow circuit over her body, causing heat to pool low in her middle and goosebumps to rise on her flesh.

She stood abruptly, banging her head on the underside of the table. "Ow! God that hurts." She straightened slowly, rubbing her head. At least it gave her an excuse to keep from looking up into his swirling black and gold eyes. He reached for her. She stepped back quickly.

Ha! Yeah, right. Tori looked up through her lashes. "Can I help you?" She knew she had to put something, anything, between them to keep from looking directly into his eyes. She had dreaded this moment since the day she turned sixteen when they rejected her. She knew she couldn't give herself over to him or his usual companion. The thought of being someone's food made her skin crawl.

"Do I know you?" he asked, his head tilting to the side. He reached up to push the hair from her face.

The expression in his eyes seemed so real, so sincere, part of her wanted to believe him, but how could she? He was one of them. He drank blood to survive. Both he and his friend fed off innocent humans, calling their victims to them like cattle to slaughter.

He placed a finger under her chin, applying gentle pressure, forcing her to look up. If she resisted, he would know. If she looked into his eyes, he would know. Whatever move she made, she was either dead or at the very least, dinner. Well, she refused to go out meek and frightened. Tori raised her chin and met his gaze, her own defiant.

The man stared deep into her eyes and obviously realized she couldn't be mesmerized this time. She hadn't been susceptible to any vampire's siren call since he and his friend had set her aside all those years ago. Either they had accidentally made her immune to their mind control or her mind had just grown stronger. Whatever it was, she was glad to know she'd never fall under another vampire's spell. Even if it meant her death.

"Who are you?" he asked as he leaned closer and sniffed the air near her neck.

She pulled away from him with a grimace. "I don't see how that's any of your business." Turning, she walked back to the stand's opening and reached up to pull the metal front down, determined to try and ignore him until he decided what to do with her.

It was past time to close and she needed to be inside somewhere secure. The other vendors were already gone and it wasn't safe to be out on the streets alone. She looked over her shoulder at the vampire who regarded her with more than curious interest and shook her head with a sigh. It was too late to worry about that now.

He reached out, grabbed the large metal door and pulled it down, holding it against the bottom of the stand while she locked it in place. Tori straightened and he grabbed her arm in an unyielding grip.

"You may be able to get away with saying that to me, but others will consider you a threat." A muscle jumped in his jaw as he looked her up and down. "Who are you?" he asked again.

Tori refused to turn and face him. She even tried to jerk free before she turned her head, then glowered up at him when his grip held fast. How could she turn and face him when she knew what was coming, what he wanted? "Tori," she began, then took a deep breath. "Victoria Sheridan." The others would consider her a threat? Did that mean he didn't?

He bent, sniffing the air around her. "We have met before."

Tori swallowed thickly, her gaze darting everywhere but his face. Every time she looked into his eyes, she saw the raw desire there and it frightened her. He frightened her. Very gently, he tilted her head back with his thumb, forcing her to look up at him as his eyes bored into hers.

Tori jerked again. No matter how hard she tried, she couldn't break free. "I don't have to tell you anything," she gritted out between her teeth. She averted her gaze, didn't dare even peek into his probing eyes.

"No, you don't," he breathed into her ear as he put his face into the crook of her shoulder. "But there are ways to make you tell me. Ways I don't think you will like." Bending, he licked her neck.

Tori felt her pulse jump and bit her lip to keep from moaning. She didn't know if it was from fright or sexual arousal. Sensual heat pooled in her groin and her panties grew wet. Hell, it was time she faced the fact that she'd lusted after this man and his friend since she was fourteen. Tori couldn't help but stare every time either of them grew near.

If she were truthful, she'd admit she wanted this man inside her since the day she turned sixteen. Even though she knew he was a vampire and drank blood to survive. How sick was that? She didn't even want to contemplate how perverted she was to want them both.

"Besides," he added, "if you don't tell me, I can't protect you. You may fall into the hands of someone lessdesirable," he whispered the words close to her ear.

That smooth, deep voice did things to her insides that should be illegal. Little streaks of lightning shot through her blood and invisible tendrils of desire winged their way through her traitorous body straight to her groin as she fought desperately to keep her emotions under control.

Tori bit her lip, fighting the urge to press back against his hard frame as he stood behind her, his body heat radiating into her. She could feel the hard, sculpted muscles of his body against her back as he held her. What was she thinking? She knew what he was. He was reading her mind now. He had to be. He was doing everything she ever fantasized about, everything she ever dreamed of. Her neck tingled where he'd licked her. What would it feel like to have him feed from her? Would it hurt or would it be like in the books she'd read and movies she'd seen? Would he give her an orgasm just from the feel of his teeth sinking into her neck? He pushed his lower body against her bottom, the hard ridge of his sex riding in the cleft of her behind almost made her groan.

"Why don't we go somewhere a little less conspicuous?" he whispered.

His breath fanned her ear, causing a tremor of desire to skitter over her skin as he turned slightly and directed her to look across the street.

He motioned to a man and woman, both dressed in Goth style, their black vinyl clothing shining brightly in the dim glow of the streetlights. They were the epitome of the kind of people who hung out at casa el Diablo. "Do you see that couple over there?"

"Yes." Tori nodded, fighting the urge to press back against him and ride the tempered steel of his rigid cock. How in the world would she ever keep him off her if they went somewhere more private? She was almost ready to jump him.

"They are hunting." His right hand slipped lower, cupping her bottom as he kept his left arm lodged firmly under her breasts. "And they don't care if they cause pain and sometimesmost times, their prey doesn't survive."

Tori inhaled sharply, pulled her head up from where it had fallen back onto his shoulder and tried to focus her gaze. He'd given her a choice. She could go with him to some place more private or he would leave her alone with those two beasts on the prowl. She closed her eyes and licked her suddenly dry lips. How did she get into these situations? "And if I agree to go with you, how safe will I be?" She half-turned in his arms, darting a look toward his too-handsome face.

"Do you really have a choice, Victoria?" he whispered, leaning closer.

His breath brushed against the side of her cheek, causing gooseflesh to rise on her sensitive skin as her eyes glazed over with need. She shook her head, trying to clear it.

Glancing at the demonic-looking couple across the street, she made her decision. "I suppose not." She had to look at this logically, if he planned to hurt her, would he really care if the others did? "Better the devil you know." She sighed, resigned to the fact that, like it or not, he was her only hope of surviving this night.

"You know, it's funny you should say that." As he smiled, he showed his sharp incisors and his eyes began to glow a strange iridescent red. 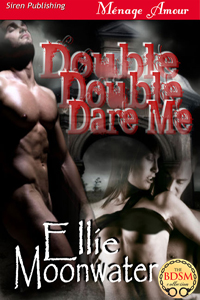 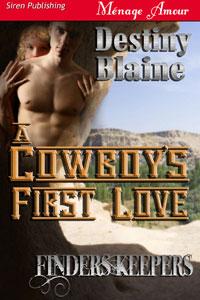 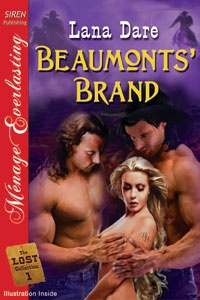