Two tiger shifters struggle to find their way past pain and heartbreak in the hopes of discovering their own happily ever after.

Belle lives in a village that is a sanctuary for feline shifters who need a place to escape their troubles and start anew. She's a tiger shifter and the only female enforcer for the small community—a position that fills her with pride. She's happy and content with her life, although her mother has been badgering her about finding a mate. But as far as Belle is concerned, if her mate wants her, he can come seek her out.

Things begin to change when their Alpha gives approval for Shawn, a male tiger shifter, to become part of their community. Belle instantly knows he's her mate. But he's spent years in a violent relationship. He's tired, his self-confidence has disappeared, and he's extremely leery of getting involved again.

Then tragedy strikes and suddenly Belle is dealing with her own heartbreak. Meanwhile, Shawn is still struggling to escape his past, dealing with a vengeful ex and city police who seem to believe he was the abuser rather than the victim.

Can these two shifters overcome all the obstacles blocking the path to true love?

"Not in my bloody office you aren't!" Garrett stood red-faced in the open doorway.

Shock rippled through Shawn as everything came back to him. For a few precious seconds while he'd had his hands on Belle he'd forgotten where they were and why. He lowered Belle to the floor, depression hitting him like a ton of bricks, and he wished that he could get that peaceful existence back. He'd never lost control with Rosie like he had done just now. He would have had Belle against the wall and not given a crap if Garrett had walked in on them or not.

"Oh God, Garrett, I'm so sorry," he whispered, looking down at the floor, unable to meet the man's eyes. Embarrassment overtook any other emotion he had at that point.

"Don't you dare reprimand him, Garrett." Belle's fierce voice filled the air. "He isn't a kid, and you have no idea what it is like to be with a true mate."

Shawn winced at her harsh words. He had never known what it was like to be with one until he'd seen Belle.

Garrett paled, taking a step back as if he'd been struck.

Although Belle immediately bowed her head to their Alpha she mumbled in defiance, "Well, he doesn't."

"Shawn, I'd advise you to take your mate home before she places more of her foot in her mouth."

Nodding, Shawn tugged his mate with him as quickly as he could and left Garrett's office.

As they hit the fresh night air Belle pulled out of Shawn's hold. "Do I embarrass you?" she asked. Her cheeks were tinged with a red blush, anger written all over her face. Shawn also scented pain coming from her.

He noticed the detectives' black SUV was still parked outside with the men sitting in it. "Can we not do this here?" He whispered low enough for Belle to hear while motioning to the car with his eyes.

"Crap," she cursed and began walking down the street. When she realized he wasn't following she turned and lifted her eyebrows in a questioning manner. "Are you coming, Burr?"

Shawn followed her through the village until they reached his place.

Standing outside his door, Belle asked him again, "Do I embarrass you?"

He frowned, shaking his head. "Why would you think that?"

"You dropped me faster than a bad habit in Garrett's office, and then you couldn't drag me out of the building fast enough when Harris told you to take me home."

Shawn nearly laughed. Was this woman serious? Although he felt a little annoyed at being asked such a stupid question he pulled the emotion close inside him. Closing his eyes, he took a deep breath, then opened his eyes again.

"Garrett nearly walked in on us having sex in his office. Don't you think he has the right to be annoyed?" he asked. "And as for our Alpha asking me to take you home… Yes, I pulled you out of there pretty fast because, if you are honest, you'd admit that you do have a tendency to open your mouth and put your foot in it."

As he waited for her reply he walked into his home, all the time praying she wouldn't bite his head off. He was just being truthful. She isn't Rosie, he repeated to himself over and over again. He was pleased when she followed him inside, a thoughtful look on her face. He watched the cogs spinning around in her head before a huge smile broke out across her beautiful face.

"I do, right? Felix is always telling me to bite my tongue, and as for sex in Garrett's office… Ewww… That man needs better hygiene, we could have caught something in there."

Shawn stood there in shocked silence while Belle went to the fridge and opened the door to look inside.

"What are we going to make for tea? I'm starving."

That was her answer? After he'd told her she had a big mouth, or at least one that got her into trouble, she wasn't going to shout at him? If he had uttered anything like that to Rosie, he would have been in for a night of pain. Again he had to remind himself that Belle wasn't Rosie.

"Whatcha standing there with your mouth open for? Looks like you're catching flies."

Shutting his mouth with a snap, Shawn walked toward her and wrapped an arm around her waist. "Thank you," he said, kissing her cheek.

"For what?" she asked, turning in his arms.

"For being you," he replied before kissing her mouth.

He drove his tongue between her lips and stroked it along hers. She tasted divine. The arousal he'd felt in Garrett's office returned tenfold. Picking her back up under her butt, he pushed the refrigerator door shut with her body and leaned them both against it, his mouth never leaving hers. 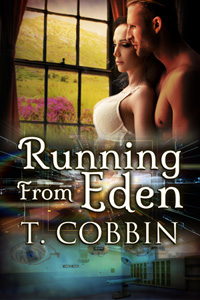 The Indifference of Hearts
Kat Barrett
In Shelf
$4.99 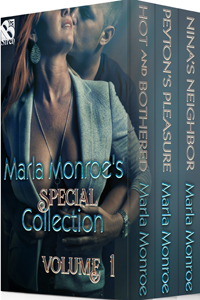