Grant Damont is a self-made man who was well on his way to becoming a millionaire by the time he was twenty, and Paris Clayton is a cash-poor phone actor for gay men. When they meet at a club called Rouge, the two are immediately attracted to each other. But Paris can’t handle the fact that Grant’s money allows him to feast on escargot and filet mignon when Paris’s empty pockets will only allow him to scratch out a meager meal of hamburgers and French fries.

But when Grant happens to find Paris on the street one night, he offers the actor two thousand dollars for sex. Because he’s desperate for money, Paris accepts.

The one night stand starts something sizzling between them. Then Grant’s ex, Frankie Starr, walks in and opens up old wounds. Is Frankie back to renew an old love? Or does he want to steal Paris away and ruin Grant’s chance for real happiness? 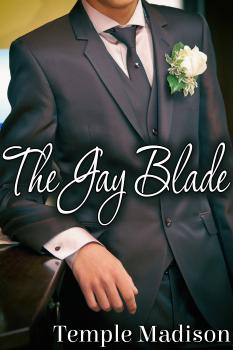 Grant had just dropped off Shayde’s tickets to the Broadway play Spider-Man when he saw Paris walking out, his young strut arrogant and conceited. Slipping into a shadow, he watched him for a moment, and then followed him into the darkness of the night. He’d managed to follow him for a couple of blocks when he began questioning his actions. Had his desire for this guy reduced him to stalking? Just then he saw him stop beneath a street lamp and light a cigarette.

After pulling in a lung full of smoke, Paris said, “So how long are you going to follow me?”

Grant realized Paris was talking to him, and said, “How did you know I was here?”

“I ain’t no fool, Grant,” he said as he turned and looked at him. “I’ve been taking care of myself since I was five, and I probably know what you had for breakfast this morning. What the hell is this? Did Shayde send you ...?” His words stopped when he saw Grant’s evening clothes. “What the hell are you wearing? You look like you stepped out of Lifestyles of the Rich and Famous.”

“I ran an errand for Shayde. I left my blue jeans at home.”

Paris chuckled. “I doubt you even own a pair.”

“So, what are you doing here? Aren’t you supposed to be at the club working?”

“Shayde gave me the night off. Now, if you’ll excuse me, I have things to do.”

When Paris turned to leave, Grant called out to him. “I wish you wouldn’t go.”

Paris turned around, and Grant stared. Even in the seductive nighttime shadows he could see that Paris’s lips were wickedly kissable. Their sexy shape made Grant lick his lips in anticipation when he imagined kissing them. Grant could feel a coil of lust snaking its way up into his belly when his gaze lowered to Paris’s perfect body.