The Fundamental Theory of Us (MF)

Andrew Warren’s future was with the Marines, until an IED took his leg and derailed his career. Now he’s flunking Fundamentals, and he enlists the help of his fellow App State freshman and off-campus neighbor, Sawyer Layne. It’s not just the beautiful blonde’s looks that intrigue him, but the hurt in her eyes.

Sawyer spends her days surrounded by numbers and nights with a bottle of vodka to numb the darkness of her past. Guys like sexy, tattooed Andrew are exactly what Sawyer needs to avoid. Look but don’t touch—that’s the rule. If only his eyes weren’t so blue, and his abs not so chiseled….

When Sawyer resists his brand of charm, Andrew uses every devious tactic he knows to pull her from her shell. Falling in love was never part of the plan. 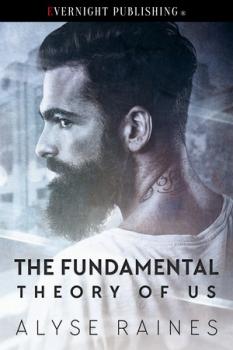 The Fundamental Theory of Us (MF)

Sawyer reached her floor and wondered if she should head into town and find an internet café to do some searching and get ahead on some of her schoolwork. Her gaze went to Andrew’s door. Stupid. She shouldn’t get involved. Everything Sawyer touched turned to shit—her entire life served as proof.

She had just put her key in the lock when his door opened, and Rosie bounded into the hall, followed by Andrew. He filled the doorway, his face half-hidden in shadows. His eyes shone, two impossibly blue beacons in the night.

While Rosie licked Sawyer’s fingers, Andrew sucked in a breath and she felt his gaze moving down her body. He never lingered too long, but everywhere he looked, her skin tingled. He looked up at her and she heard him swallow.

“Rosie,” he said, his voice rough and deep. It vibrated through her. The dog gave Sawyer’s hand one last lick and bounded back across the hall, her tail whacking the wall. “Sorry about that.”

“It’s fine.” Sawyer wished he hadn’t seen her in this. “Um, sorry about skipping out like I did. Rachel needed my help.”

Her mouth went dry as Andrew stepped out into the hall, wearing a pair of track pants and nothing else. The man was magnificent. The kind of model sculptors dreamed of carving into marble. Perfectly imperfect with all his scars, tattoos, and muscle. Powerful, but beautiful, too. Oh boy, those abs. If she could move at all, Sawyer would fan herself. Yep, Global Warming was all his fault.

“No worries.” Andrew’s fingers idly moved behind Rosie’s ear. “You left your pizza here, though.”

Sawyer shook her head. “No, it’s yours.”

She thought he’d press the issue, but Andrew only shrugged. “Big night?” He nodded at her outfit.

Sawyer laughed. “Like I said, Rachel asked me to do her a favor.”

One dark brow rose. “And that involved…?” He looked her leather Tinkerbell outfit over once more.

A prickly blush broke out every inch of her bare skin. “Not my idea. I don’t—dress like this. Ever.”

“Well, you look good.” He cleared his throat and glanced at the floor. The muscles in his chest tightened. “I’m just diving into this Fundamentals stuff. Well, drowning, more like it.” He smiled, reaching one arm behind him to scratch his neck.

Go inside. Lock the door. Hide. Sawyer squeezed her eyes tight, filled and emptied her lungs. When she opened her eyes, she saw Andrew watching her, a curious yet guarded shadow in his gaze.

“Do you need some help?”

He let his arm fall back to his side. The muscles flexed and relaxed, making his tattoos dance. “Only if you’re not busy.”

They had an agreement—and Sawyer always kept her word, when she could. “Give me a couple minutes?” She motioned to the leather, and regretted it when Andrew’s eyes darkened.

“Sure. I’ll be here.” He jerked his head toward his apartment.

Sawyer nodded, turned on her heels, opened her door, and slipped inside. For a few seconds, she leaned on the back of the door, giving her pulse a chance to calm down. The wood felt cool against her legs. She stripped out of the jacket, pulled the zipper on the dress, and let it pool around her feet, then stood in her bra and panties and heels, absorbing the chill. Five minutes with Andrew and her core temperature went way past critical.

After a minute, she straightened and gathered the expensive leather, and carried it to her closet, which was mostly empty. Everything she wore could be folded. What was the point of buying nice things when she didn’t want to be noticed? No one paid attention to the girl in oversized thrift-store clothes. No one except Andrew. And now he’d seen her like this. Sawyer caught her reflection in the closet door mirror. Through her white cotton bra, she saw the four long pink marks on her chest.

Sawyer turned away from the mirror. She hung the dress and jacket up, removed her heels and placed them on the closet floor. In her dresser, she pulled out a baggy sweater and a pair of jeans. She removed the makeup Rachel had painstakingly applied and she ran a brush through her hair, remembering that Andrew’s place didn’t have too much light. Besides, they’d be in school mode. Unlike most people she knew, studying to Sawyer was serious business, not an excuse to … do what other people seemed to do.

She left her apartment and knocked on Andrew’s door, keeping her gaze glued to the floor. She didn’t want to see the disappointment in his eyes when he saw her this time—now that he knew what she could look like when she made an effort. Because no amount of hell was worth taking that risk. 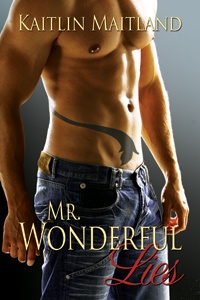 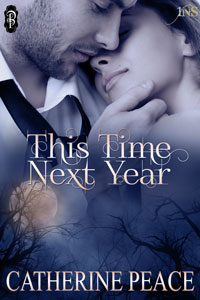 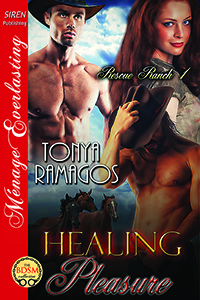