Cillian is trapped in his small village by his step-uncle, who has usurped Cillian’s inheritance and squandered it on his own two sons. Cillian earns his own living, and does all the family's chores, while his step-cousins do nothing. Then Queen Beyta arrives, looking to have Cillian repair Princess Itha's broken glass slipper. A party celebrating the king’s arrival is in two days, and Cillian gets to work.

But, the afternoon before the party, Cillian's family overpowers him and locks him in the dungeon so that they might receive the king--and any blessings he might bestow. The queen comes to his rescue, and introduces him at court to the King Malo, Princess Itha, and Prince Pari. The princess wants to show Cillian her "gratitude," but the prince intervenes and claims Cillian for himself.

The prince's gratitude, however, isn't anything Cillian is interested in. King Malo intervenes and Cillian fears more punishment, so it comes as a pleasant surprise when he's led to the king's bed.

Soon, though, Malo must return to the castle, and Cillian to his village. He once again finds himself at the mercy of his step-uncle and cousins. Will he ever see Malo again? Was their interlude just a game to the king or something more?

If Cillian was to join the prince's retainers, would Pari always be the submissive lover, or would he grow bored and demand being the dominant, the aggressor, the punisher, for his own sexual kicks? Whether for punishment or sex, it was the whipping that gave Pari and Pepys their gratification. Which would he prefer?

It would be merely trading one harsh situation for another.

Cillian reached for rope tying the prince's wrists and began untying them.

"Not yet," a soft voice said in his ear from behind him.

Cillian jumped finding King Malo standing next to him. He dropped to his knees at the king's slippered feet. The monarch stood over him, in a silk dressing gown and bareheaded.

"Please rise, Cillian," he said in the same soft tone. Cillian looked up at him and the king crooked a finger underneath his chin.

Cillian rose to his feet, suddenly ashamed of his nakedness. He put his hands over his softening cock, but the king reached down and pulled his arms back, staring at him. "I'm glad someone finally put him in his place," he said, nodding toward Pari. "It's about time."

He draped an arm around Cillian's shoulders and led him out of the room and across a luxurious dressing room to another doorway.

They walked into a huge bedroom with a poster bed twice the size of the Pari's. A many-branched candelabra, holding several candles burned on a table next to the bed, leaving the rest of the room in dark shadows. Embers smoldered deep red in the fireplace. Cillian could see a dim glow coming from outside the large windows on the wall opposite the bed, presumably from the courtyard where torches still burned.

The subdued lighting eased the lines from the king's handsome face and Cillian found himself staring at it. The king smiled back at him.

Cillian helped him slip the robe over his head, revealing a muscular body that shone in the dim light. Surprisingly fit for a man with teenaged children, the king's chest and arms were large and sculpted. His torso tapered to a narrow waist. A thin line of light brown hair ran down to his crotch. A large cock hung over low pendulous balls, almost perfectly round. He stood on thick legs, feet shoulder width apart.

Cillian started again, realizing that he had been staring.

"I know I do," the king said, leaning over and kissing him. Cillian raised his face and met the king's lips.

They wrapped arms around each other, pawing and caressing.

King Malo stepped back, putting a small gap between them and ran his fingers through the hair on Cillian's chest. "Finally, a real man. Not a boy, not a child."

"Come." King Malo led him to the huge bed and threw back the covers. 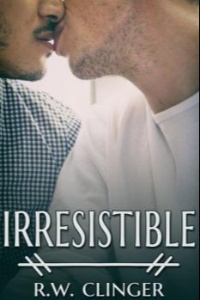