Fee fi fo fum! Here's a story rewritten in fun Where the hen runs away The harp is content to stay Tisn't just ogres Jack will slay Callie Harper chafes under the rule of the ogre, Alfred. Her shot at freedom? Retrieving the runaway hen from the clutches of Jack Spriggins, the arrogant upstart looking to undermine Alfred's rule of the criminal world. Her way to her own happily ever after is complicated by the feelings she has for Jack. Will she choose her freedom or her heart? 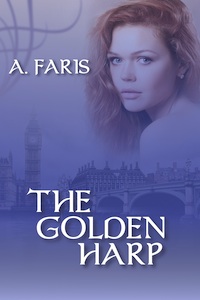 Golden rays from the setting sun filtered through the rose-tinted glass windows, put in, no doubt, for the vampire population. The Beanstalk welcomed all kinds, then, Callie thought, absently while noting how pretty the effect was, especially with the light casting a halo around Spriggins’ fair head. With his too-sharp features, lean cheeks and hard line of jaw, he was the antithesis of cherubic, but Callie was reminded of cherubs with the trick of the light. She hated the buggers and any reminders of them, so she concentrated on his golden stubble and the sensual lines of his lips instead.

This Spriggins was rather attractive, she realised with surprise, despite the constant reminders of people and beings she disliked.

“Callie Harper!” Was he really pleased to see her? Callie looked at him in suspicion. He came round the bar, his face too open and sincere. He wore a crisp white shirt, and jeans, looking for all the world like a lord playing at being a barkeep. “Come, come. I hope you have come for what I think you are here for.”

She chose to be wary of him, keeping the blank expression secure on her face. “If it’d be a job you think I’m seeking, then, yes.”

“When can you start?”

A man with such a charming smile can never be up to any good.