The Haunting of Killian McKay (MM)

In an effort to reinvigorate the paranormal investigation genre -- and his career -- Killian McKay makes the decision to livestream a ghost hunt in the house where he had his first supernatural encounter as a kid. To make sure things get interesting, he hires a witch to stir up the spirits in the house.

When the witch, Lady Ivana, turns out to be a handsome, muscular, genderfluid man named Ivan, Killian quickly realizes he underestimated just how interesting things can get. 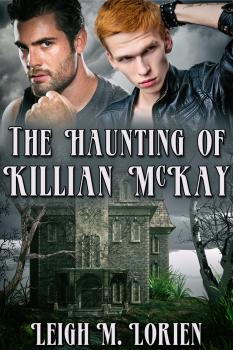 The Haunting of Killian McKay (MM)

Ivan reached the foot of the staircase just as Killian stepped into the kitchen. Immediately, goose bumps broke out across his arms and the hair prickled on the back of his neck. Every muscle in his body tensed and shivered at once. It felt like he’d opened a freezer and stuck his face into it. He lowered his voice and described the sensations for his audience, then turned to Ivan.

“I can’t see ghosts. I can sense magic.”

“Well, do you sense any ghost magic?”

Ivan chuckled. “You need me to answer that question when the temperature in the room is going from mild October evening to brisk November morning as we speak?”

“Holy shit!” Helen came over the walkie-talkie, drawing Killian’s attention away from his need for smart retort.

“Just saw something upstairs. Second bedroom on the right.”

Killian’s heart was racing, and he started running. Behind him, Ivan swore, but the pound of his feet let Killian know he wasn’t far behind. They burst into the second bedroom and Killian stopped so fast, Ivan had to catch both sides of the door frame like an emergency brake to keep from slamming into him.

All the rooms in the house had been divested of their furniture long ago, so Killian faced an empty room full of smoke from Ivan’s witch stuff, with nothing more than a moth-eaten area rug to cover its scuffed wood floor.

In the center of the room, smoke drifted and curled around a distinctly humanoid shape. It wasn’t moving, it wasn’t disappearing, it wasn’t a flickering shadow. It looked as if the smoke was encasing an invisible body.

“Oh my God,” Killian breathed. “I hope this is showing up as well on the camera as it is in front of my eyes right now.”

“It is,” Helen whispered.

Ivan’s hand landed gently on Killian’s shoulder, and Killian looked up at him, laughing and breathless.

“What was in those pouches?”

The witch shook his head. He didn’t look as excited about it as Killian felt -- in fact, he looked a bit nervous. When Killian tried to step forward, Ivan’s hand tightened.

“Should probably keep your distance,” Ivan suggested, but Killian shrugged him off, and the man didn’t grab at him again.

He took one slow step forward, shivering. The temperature seemed to drop even more the closer he got to the shape. When he was about five feet away, he stopped and tried to make eye contact -- difficult, when he was just looking at a shadow. “Hello.”

The smoke swirled a little faster. A tendril floated out towards Killian, but the shape didn’t move or speak or react. Damn it, he had to get something more than this or everyone would say it was just a hoax, a mannequin wrapped in green screen fabric or a trick of the air flow.

Movement, sudden and sharp. Before he could even blink, the entity was toe-to-toe with him, bringing such a powerful gust of wind that it made Killian stagger backwards. The door swung on its hinges as if it had been slammed by a petulant child, and it crashed into something with such a loud thud that Killian spun to make sure it hadn’t just obliterated Ivan.

His large companion had turned to let the door slam into his shoulder, but instead of bouncing off at the impact, it continued to push with so much force Ivan seemed to be having trouble staying on his feet. Killian spun back to face his shadowy visitor, chest heaving.

Whoever was in charge of the door did not listen. The hair on Killian’s arms stood on end, as if an electrical storm had just swept through the room, and then the door slammed, knocking Ivan out into the hallway.

“Ivan!” Killian rushed to the door and tried to open it, but it wouldn’t budge. Ivan pounded his fist against it from the other side, but it sounded muted and far off.

Trails of ice slid down Killian’s spine and he turned -- the shape was right in front of him again, toe-to-toe. A startled scream broke out of his mouth. 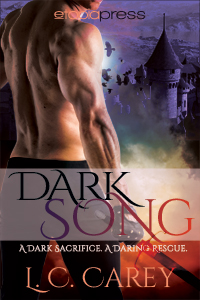