The curse of premonition follows Faye Lithyer, forcing her to witness death—over and over again.

When Faye moves in with her grandmother in Astoria, Oregon, her visions grow stronger. Faye watches a new friend fall victim to a murder in the not-so-distant future and becomes obsessed with preventing it from happening. However, Faye's insecurity has her undecided whether she should tell her friend about their impending death or hunt down the murderer before it's too late.

Faye will be faced with an epic choice that threatens to expose her abilities. Will she choose to save her friend from a monster or risk becoming one herself? 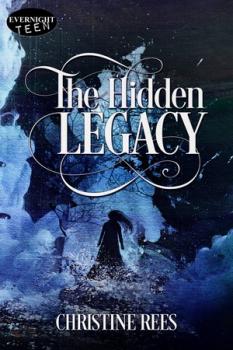 Unaware of my true surroundings, I felt my nails digging into the dirt. When my eyes adjusted I realized that I was on my hands and knees. Tears splattered the ground below me and my fingers were scratched from the rocks mixed in with the dirt. A few nails were broken too.

Visions stole energy from me and this one was worse than most. I was weak and nauseous from the sudden intrusion. I gripped my stomach to hold back the overwhelming need to vomit. After a few minutes the feeling subsided.

I looked up in recognition. This was where it was going to happen. That girl would be killed right here. I pulled myself up using the railing for support when I realized what this meant.

Never before had a premonition happened on the site of a murder. Until now.