What happened to the three fraternity brothers who disappeared from Roth College? Lovers and partners Damian Truth and Ridge Tyson take on the case, searching for two assumed killers associated with the brothers in the hopes of bringing them to justice.

Damian sketches clues he receives psychically to determine who the killers are and “see” the location of the victims’ bodies. At his side is the sexy and quiet Ridge, who battles personal demons that only he alone can fight.

But the killers have a list of revenge murders to accomplish, burying bodies on top of bodies. Can Damian and Ridge solve the case before another name is marked off the list? 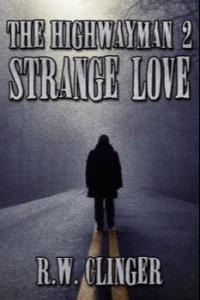 The shovel occupied the Caddy’s trunk, exactly where it would stay until we used it next.

The bodies were buried on top of bodies.

Lewis slept: snoring, dreaming, lost in in a different world.

I wondered if Lewis dreamed of a post-bombed America and salivating over a radiation-filled rat.

I missed the stranger in room three. Dusty. That was his name. Dustin Michael Hoff, a trucker for Magnum Carriers.

Dusty stood there in the middle of the night in a pair of boxer-briefs that outlined his cock and balls. I stared at his hairy chest and hard nipples. I studied his broad shoulders and handsome face.

“You came back for more?” he asked.

I stepped forward, cupped his underwear-clad dick in my right hand, brushed my chest to his hairy one, and shoved my tongue down the back of his throat. And after the kiss, I instructed, “I can’t get you out of my head, so fuck me.”

Damian sat next to the truck in a mound of high grass. Two grasshoppers played near his right knee. He looked up from his sketching pad and the grasshoppers. Ridge flexed his back muscles as he tightened lug nuts on the spare tire. His shoulders gleamed in the sun. Damian thought he looked like a Greek God, but knew otherwise since Ridge’s family name originated somewhere in Germany. No matter if Ridge was Greek, German, or Irish, he looked good in the sun, edible. Sweat dripped down his spine and into the rim of his jeans at the nape of his back. Muscles flexed and he grunted once, turning Damian on. And no one could have stopped Damian from moving up to his lover’s splay of wide back and licking Ridge’s perspiration away, if Damian wanted to, but he didn’t.

Enough sexual mind-play, Damian thought. He had an issue to take care of, and immediately: the reason why Ridge had been so quiet. Something bothered Ridge and Damian wanted to get to the bottom of it. What better time was there to accomplish such a task? Therefore, he simply said to Ridge’s back, “We need to talk.”

Ridge tightened another lug nut, hunched over the wheel. He slowly turned his head to the right, but didn’t make eye contact with Damian. “What kind of talk?”

“About you being quiet. You’re stressed over something and I’m really not sure what it’s about.”

“Can’t a man be stressed once in a while?”

“Not when he has a lover to talk to, and to work out his problems with.”

Ridge continued with his work on the tire. He shook his head and said, “Nothing’s wrong. You’re mistaken. I’m not stressed.”

“Trust me, I know when you’re stressed. Tell me what’s bothering you, Ridge. You have to. If we swapped positions right now and I wasn’t talking to you, you’d pull the reason why out of me.”

Damian left out a quiet sigh and added, “That is true and you know it. So, here I am trying to pull something out of you and you’re fighting me.”

“I thought you liked it that I’m a fighter.”

“Not when you’re using your skills against me.” 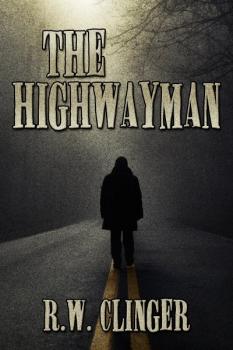