Catherine’s mare is an off-the-track Thoroughbred. The little ex-racehorse doesn’t fit in with the expensive German horses at the dressage barn because she doesn’t look or move like them.

So it’s no surprise that when a competition is held for all the boarders, Catherine and Besca are the only ones not chosen to ride on a team. The two are laughed at for having the nerve to hope they’d be invited to compete.

Catherine resigns herself to not taking part, but continues to work on her riding skills and practice the test she wanted to perform in the competition. But she doesn't realize she's being watched ... by someone intent on changing her life when show day arrives. 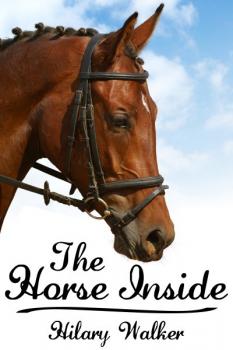 We walked past the outdoor arena, where tomorrow’s competition was being held. Several boarders were setting up the show ring inside it: measuring the twenty-by-sixty meter rectangle of a standard dressage arena, and marking the sides with white cones and low chains, before putting out the dressage letters.

“Want any help?” I shouted from the saddle.

I heard someone cry, “Competition riders only!”

One of them had the manners to reply, “Appreciate it, Catherine, but we’ve got it covered.”

It was Sherry, captain of a three member team, and I longed to ask if I could ride with her tomorrow. But it would elicit more sniggering from the others, and I’d still be turned down. Better to settle for that man’s compliment and Besca’s good behavior today.

At the mounting block I descended from the saddle. While I was undoing her flash noseband, Besca gave a long, loud snort, spraying me with equine snot.

“Got yourself a spittin’ camel there!” cracked one of the set-up crew.

Declining to answer, I led Besca back to her stall.

After removing her tack and giving her a final brush-down, I left my little chestnut to munch on hay. Later, she would be fed and turned out into the big field with the other mares for the night. Sitting on a stool outside her stall, I cleaned my saddle and bridle. Besca poked her head out at intervals to watch me and drop wisps of dried grass on my head.

By the time I left for home, a blue canopy was being erected at the far end of the outdoor arena. Tomorrow was expected to be very hot, and shade was needed for the dressage officials. A table and two chairs were placed under the canvas roof: one for the judge and another for the scribe, who writes down the judge’s scores and comments.

If I could -- just once -- ride in that competition ring!

During my drive home, I formed a resolution. Maybe I hadn’t been invited to compete tomorrow, but there was no reason why I shouldn’t warm up with the competitors, then ride in that ring when the event was over. It wouldn’t matter that it wasn’t for real: Besca and I would still get a small taste of show conditions.

The more I thought about it, the better this idea seemed. For further realism, I could wear my show clothes. So what if everyone laughed at me? I was used to it.

And if they told me to ‘shoo’ because I wasn’t a competitor, I’d remind them of my equal rights to use the facilities.