Raised in lies and isolation, denied all knowledge of his family, Aidan awakens one day to find the manor in a state of excitement. Two foreign generals have come for him. They claim he is their long lost prince, the sole survivor of a rebellion that killed the royal family and usurped the throne of Ceratas. And he, Aidan Telan Ameris, is being escorted home to be crowned king.

Naive and submissive he might be, but stupid Aidan is not. Political machinations are something he has never been exposed to, but everything about his upbringing suddenly makes sense. The long hours studying books of history, the training with pistols and swords… He’d been groomed for this moment since his earliest memories. But he knows without a doubt that he’s no prince. He’s nothing but a pawn in a game he can’t possibly understand.

When their carriage is attacked en route to Ceratas, Aiden is taken prisoner by the leader of the rebel forces. General Torin Amaldis Greyan can’t help but feel for the poor young man, even if he is the enemy. And soon the heat between them grows to something neither can ignore, something that burns much hotter than warfare.

But nothing is simple in the struggle for Ceratas. There are those who wish to use Aidan to destroy both Torin and his country. When both of them are captured, used against each other to break their wills, Aidan and Torin must find the strength to trust each other in a way neither finds easy, if they’re to save each other—and their country…

Aidan sat quietly observing the ruckus from his vantage point near the vast fireplace in the great hall, watching his guardians meet with the newcomers. There had been a sudden influx of new people, a sense of urgency in the air, of anticipation. He knew better than to ask why. He had learned long ago to be submissive and docile, to hold his tongue, to keep his thoughts hidden behind a screen of quiet compliance. The things he was told by his tutors and guardians were never entirely truthful.But recently, it seemed as though his guardians wanted him better—better with a sword, better with a pistol—as though something were coming, something they wanted him ready for.Finally, all eyes turned upon Aidan.He stiffened, realizing with honed instinct that these people had come for him, that his days here were at an end.All his life he had desired to see what lay beyond the stone walls, but he was terrified of what this meant.It took all his courage to sit quietly as they approached. Two of the men seemed to be in charge, and their bearing indicated a military position, their cold, merciless demeanor sending a chill down Aidan’s spine.Then they bowed to him. “My prince,” they murmured, giving a crisp salute that made Aidan’s fingers tighten upon the arms of his chair.What nonsense was this?He looked to his guardians in confusion, the four men who had always been in charge of his upbringing. They looked back with him with grim smiles, watching his reaction with cold satisfaction.“You are Prince Aidan Telan Ameris, my boy. You were deposed and now it is time to take the throne back in your name.” The eldest guardian, Jara, spoke, the smoothness of his tone gave Aidan the shivers, the sudden revelation of his heritage bringing nothing but dread. There was something happening here that held the whisper of political maneuvering. The very lessons they had taught him, now warned him.He did not react for long moments, only watched them unblinkingly, his vivid green eyes bottomless with his own thoughts. Despite his youth, with those eyes, the long silver hair—such a rare color for the young—he was the image of his father, and a shudder seemed to pass over everyone in the hall.Then the moment was broken, he lowered his eyes submissively, and they relaxed.“You are to go with these gentleman and follow whatever they tell you to do. They have your best interests at heart—your highness.” There was a subtle contempt in his guardian’s tone.Aidan doubted they cared at all about his best interest, but he nodded, trying to subdue his raging thoughts enough to think clearly.“We will be leaving come first light, your highness. I am General Heratis and this is General Nairat. We will be your protectors and your mentors from this day forth, and we look forward to your cooperation. After all, this is to your benefit to be returned to your birthright, is it not?” The question held weight as they watched his reaction keenly.Aidan glanced at his guardians once more, then again lowered his eyes.“As you say, my lord, this is to my benefit. I will do as you wish.” His low voice held only quiet obedience, as always.The generals smiled in satisfaction. 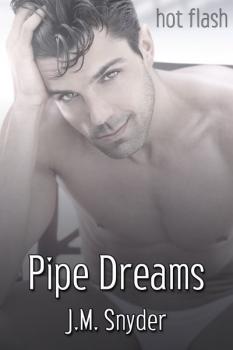