The Importance of Being Serviced (MMF)

How the West Was Done 6

When Jessamine Swainbank’s treasure stagecoach is held up, the outlaw Owen Crow has a heart. Owen hides with her in the station, terrified by his fellow highwayman Ryan—Owen swears he is a traveler from another place and time, wearing strange clothing and shooting an odd smokeless pistol. A messenger for the stage line, callous adventurer Gideon Storms escorts the widow and outlaw prisoner back to Laramie. Because Gideon can read Jessamine’s sultry thoughts, he knows their destinies are entwined. Owen had idolized Gideon since the war, following tales of Gideon’s bold travels and exploits. Flattered by the attention, Gideon opens his heart to the reformed gunman who is being pursued after wanted posters of him as the “Diaper Bandit” are plastered all over town. Ryan reappears with some shattering news that turns the trio’s bliss upside down. They must help the strange traveler or risk the ruin of their happiness.

Karen Mercury is a Siren-exclusive author.

The Importance of Being Serviced (MMF)

How the West Was Done 6

Heat Rating: Sextreme
Word Count: 61,076
3 Ratings (4.7)
Historical Menage a Trois/Quatre Western/Cowboys
In Bookshelf
In Cart
In Wish List
Available formats
Mobi
ePub
HTML
PDF
Cover Art by Les Byerley
Reviews
This one is even more exciting than the previous ones in this series - I can't stop reading!
Chakakhan
Read more...

More From How the West Was Done

The Importance of Being Serviced (MMF)
Karen Mercury
In Shelf
$5.99
All Books In Cart
All Books In Bookshelf
Excerpt

“I’ll ride with you,” said Zeke, already heading to the front door. “I want to make sure that Russian guy didn’t steal any of my vital papers.”

Jeremiah’s voice was weary. “Oh, vital papers, my ass. The most vital paper you’ve got at Vancouver House is your dishonorable discharge for getting stabbed in the ear with a knitting needle.”

Zeke sputtered, “The Big Calico Battle was one of the most heinous of the entire war. And I’ll bet you don’t even have a high school diploma!”

“My dear sir, I’m a notary public who constantly attests to the validity of various public and legal documents, in my work as clerk to a senator and a doctor…”

Gideon was alone with Jessamine on the front porch. The sound of silence was quite nice, and Jessamine seemed content to allow it to linger. Gideon needed to absorb all of the odd things he’d just heard.

At length she said, “You’re not afraid of Owen running? Your handcuffs are on your saddle. You’re just going to leave him there with the man he stole from?”

Gideon shrugged. “Owen ultimately wound up stealing nothing, if you want to be practical about it. He was wounded before they made off with the Ironsides.”

Jessamine grinned knowingly. That he was letting Owen off the hook seemed to make her randy and affectionate, for she took his arm. “I know Owen won’t run.”

She tilted her head and regarded him with her warm chocolate eyes. Odd she had such white hair and such warm brown eyes and brows. “Because he’s worshipped you since you served together at Appomattox. He admired you shooting some rebel general at a Battle of Petersburg.”

What? How was that possible? “That stripling? He must’ve been a lad during those incidents, hardly old enough to join up. Besides, you’d think I’d recall a regal fellow like that, with his purple eyes and blond hair almost as white as yours.” But things back then were so hurried, confusing, and violent. Gideon had hardly been perusing the face of each man he crossed paths with.

Jessamine shrugged. The action rubbed her luscious titty against his arm, and Gideon’s prick expanded to remember sucking on that nipple. “His entire family was wiped out—”

“At Hanover,” Gideon finished for her. “Zeke was sobbing something about Owen being the Diaper Bandit from Hanover, Pennsylvania. My parents raised us a stone’s throw from Hanover. Jessamine, we should go see one of those reward posters of Owen as soon as we’re done at Mr. Hudson’s. Here. Let me lift you upon the horse.”

“I think Owen is a bit in love with you, Gideon. He wanted to be like you, to be brutal and brave like you were at Petersburg. That’s why he became a bandit.”

Truthfully, Gideon was quite flattered to be worshiped like that. He had always downplayed shooting the rebel general as something anyone would’ve done, but now it was handy that it had caused Owen Crow to idolize him. Not only would Owen not run if he wanted to be around Gideon, but Owen would continue to pleasure Gideon even if Gideon did nothing kind to warrant it.

Gideon could not admit he had enjoyed it when the slender, elegant fellow had frigged his prick then swallowed it down his hot throat. But Owen might do it again without Gideon’s approval, since Owen adored him so ardently. Gideon would not violently refuse an offer like that.

He sat behind her with his arm comfortably around the diminutive woman’s waist. She looked at him coyly over her shoulder. “You liked that, didn’t you?”

“When Owen pleasured your beautiful penis.”

Gideon was apoplectic with shame and rage. If he denied liking it, he would have to admit it had actually occurred. He was glad when the front door of Albuquerque House opened and Zeke stumbled out, creating a distraction.

Zeke headed toward the hitching post, still yelling at Montreal Jed. “Oh, yeah? Well, at least I don’t prance down the street dangling puppets from my fingers!” He tried to stalk off self-righteously but tripped over a flowerpot or other, nearly diving into the hedge.

Montreal Jed appeared in the doorway, yelling through a cupped hand. “Those are little people, Mr. Smart Aleck, and all of them are hand-carved from wood, with love!”

Zeke made a good save, pretending he had meant to take a detour through the hedge. He emerged out the other side in a suave stroll and shouted, “Yeah? I’ll bet you’re real familiar with hand-carving your wood with love!” There was a gaping hole in the hedge that would not please Levi’s wife when she saw it.

Gideon was relieved to hear and feel Jessamine giggling as they headed west down Garfield Street. He tried not to think about how shapely she felt in his arms, knowing she would read his thoughts. But it was starting to not matter to him anymore.

Let her know what I’m thinking. I’ve got nothing to hide.

Then Gideon swayed his hips against her bustle, and even through the layers of fabric between them she could feel his formidable erection. She wiggled her ass, the better to feel the size of the tool he rubbed against her. These damnable skirts were five or six layers thick, and Gideon grabbed a handful of the draperies that weighted down her legs and scrunched them in his broad hand. Now Owen dipped his fingers beneath her bodice while tickling her breastbone with the tip of his tongue. It occurred to her that the two men were competing to impress her with their techniques.

There was certainly nothing wrong with this. Jessamine nearly swooned—it made her feel so feminine that the two men battled like stags to impress her. When Owen brought one of her titties into the open air and leaned down to take a giant slurp from it, she gasped and wove her fingers through his satiny silver hair, holding his sweet face close to her bosom.

This must have spurred Gideon. He lifted his handful of draperies nearly to her hip. Now only one layer of her cotton drawers covered her, and she felt the outline of his meaty cock as he rotated it against her ass. He humped her like this effortlessly. He was so athletic he could have bounced her petite frame up and down on his cock as easily as lifting a whiskey glass and not broken a sweat.

One of his palms came around the flat of her abdomen and gripped her to him. She was being pushed and pulled in two directions at once. Owen guzzled and lapped at her breast, and Gideon massaged his massive dick against her nearly bare ass. Since she leaned one palm against the stones of the water well, the power of Gideon’s pelvis nearly lifted her toes off the grass. She felt nasty, but she liked the idea that a neighbor could easily peek out a window and see them there in Gideon’s overgrown garden. That grouse rustling the grass was certainly getting an eyeful.

It was a simple flip of the wrist for Gideon to slide his hand between Owen and Jessamine and burrow a few fingertips into her wet cunt. Now his breath was coming faster and hotter against her neck, and he said hoarsely yet tenderly, “Jess. Miss Elegant. You will never have to fear or worry about a thing. Not when you’re in my hands. I won’t let anyone harm you.”

Owen murmured from between her breasts, “Nor I. You don’t need to tell Simon Hudson that you’re his daughter if you don’t want.”

“Not if he’s going to hurt you,” Gideon agreed.

Jessamine had known Gideon was adept with his fingers, but what happened next was an utter surprise. Simultaneously, Gideon withdrew his fingers from her slick pussy and nudged the first couple inches of his naked prick inside her. How did he do that so fast? He must be the quickest draw in the Far West.

But not the fastest shooter.

Jessamine giggled at Gideon’s response. She arched her back sensuously as she rotated her hips to display her willingness, her eagerness. If she lifted her knee and placed it atop the well, Gideon had complete access to easily manipulate her. His agile hips pumped his fat, rigid cock deeper inside her, and he gyrated a bit to tantalize her.

He whispered in her ear, “I’m going to take you slow, my little minx.”

Jessamine’s other hand leaned on Owen’s shoulder, and when he abruptly dropped to his knees she nearly pitched forward. Quickly regaining her balance with her fingertips pressing against Owen’s shoulder, she was nearly bowled over again by surprise when Owen buried his face between her thighs. Gideon had the slit of her drawers spread wide open and Owen nuzzled his nose against her mons veneris.

She had thought he was inexperienced in pussy-licking, but he dove right on in enthusiastically. Jessamine knew that Gideon was the champion of all pussy-lickers. His experience had sent her nearly over the brink in just seconds yesterday. Now Owen’s eagerness was making up for his lack of familiarity with lapping at a woman’s muff. Just the imagining of his sweet, regal face as he slathered his tongue around her clitoris was enough to instantly have her inner pussy quivering, needing to spend.

“You like his face against your mound,” Gideon murmured in her ear.

How had he known she was imagining that? It was merely a pictorial imagining of Owen’s face sucking on her button, not a literal thought. Up until now, all of her thoughts that Gideon had read had been properly worded in her brain. Maybe there was an exception when the mental image in her mind’s eye was such a potent, exhilarating one.

“You like his mouth around your cock,” Jessamine found herself whispering. 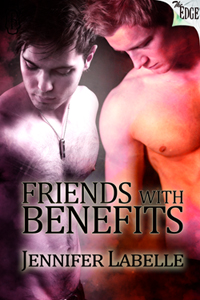