Jeffery Ellison and Monica Collins face off daily in Atlanta's family court system. Both want the best for their clients but they rarely agree. The sparks are obvious to everyone else, but Monica has been disappointed by men too many times. Jeff knows pushing her will only hurt the respect and trust they've built. A match with 1NS sounds like just the thing. The pair is off to Vegas for a legal conference and to enjoy their one night stands. Jeff does his best to spend time with her outside of work but he can't be sure she's his for the night. All he can do is hope that Madame Eve agrees with his heart and Monica will let her guard down long enough to see their passionate potential. 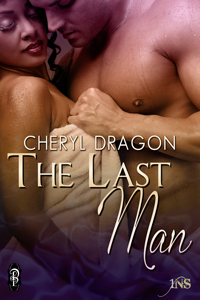 He stared at Monica as she dozed. Being with her felt so easy when she wasn’t fighting things. She kept a wall around her when it came to men and rarely dated. That wall wasn’t the same as her professional veneer, but unlike most men looking for fun, he saw through both. They both had a soft spot for the kids. The idea of her as a mother turned him on, if the children were his. No other woman triggered those images in his mind.

She shifted in her sleep, and her head rested on his shoulder. The spark of protective male hormones mixed with raw sexual desire made it hard not to kiss her. Instead, he inhaled her scent while trying not to wake her. Their flight cruised along perfectly until the pilot announced their descent. Her eyes snapped open and she sat up straight. “Sorry. You should’ve woken me.”

“Why? You obviously needed some sleep.” And he’d liked the feeling of her so close.

Her eyes locked with his as the plane began the dip toward Sin City. Reflexively, she grabbed his hand and closed her eyes. He squeezed back reassuringly. He hated the hassle of travel but she really didn’t like it. She stayed frozen until the plane stopped at the gate.

“I hate flying. Why can’t they do this in Atlanta?” She let go of him and rolled the tension from her neck.

“Maybe next year it’ll be within driving distance.”

He helped her with her carry-ons and led the way to the cab stand. The bells and chimes of slot machines filled the air. She took everything in as he glanced at his phone. No calls.

“You offered to be my tour guide. So what’s the plan?” she asked with a hint of flirtation.

“Check in at the hotel. Then we can grab some lunch and start the fun. The buffet in the hotel sounds amazing. I’m starved.” Madame Eve had made the reservations and nothing less than the top of the line would do. Hopefully he wasn’t misreading Monica’s friendlier inclination to him.

She nodded. “Me, too. I couldn’t eat before the flight. Buffet sounds good.”

He smiled and looked around as they stood in line for a cab. She seemed content allowing him to handle things. They could easily be a married couple for all anyone else knew. It felt right and he hoped she sensed it, too. Some women needed to compete or show they didn’t need a man. Monica had her own style of strength and while she was quiet, he loved that she never tried to hide her femininity.

“So where are we going after lunch?” she asked.

He leaned in and whispered, “It’s a surprise.” 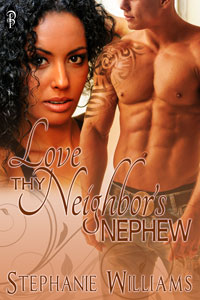