Vanessa is a bitch, the master manipulator and does not care who she hurts in the process; except her three lovely daughters, who are totally unaware of the extent of her treachery and deceit. Adultery, embezzlement, dishonesty and murder; she’s done it all. 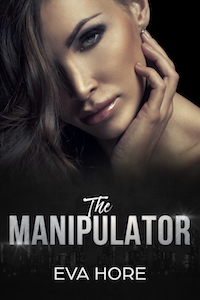 As I stared down at her, new emotions flooded through me. Fear, alarm, apprehension. I had just killed someone. I had murdered her. Brutally murdered her. I lowered my eyes to my hand, wondering why it ached so and discovered I still clenched the knife in my grasp.
I placed it carefully in the other hand and took more deep breaths as I checked my surroundings. No one was about. I had to move. Go quickly. Get back into the car. Clean myself off and go home to my husband, my children, my family.
I opened the door of my car and the interior light shone brightly over my clothes and gloves. Blood had sprayed over my tracksuit and hands. The sleeve was blood red. I quickly stripped off my clothes, turning them inside out. I peeled off the rubber gloves and shoved them in the middle of the tracksuit. From the boot, I pulled out the clothes I’d been wearing earlier, the ones I’d worn when I’d seen Marcus. I stuffed the track-suit and runners into a shopping bag with the wig while looking around for the knife. I panicked. I couldn’t see it at first, but there it was. I must have dropped it on the road at some stage.
Picking it up warily, I placed the knife deep inside the bag, in amongst the clothing, rubbing it to eliminate any fingerprints. Opening the lid of my water bottle, I washed myself as best I could and shoved the bottle in the bag as well. I took one last look at her body.
She’d laughed at me!
Called me old and ugly.
Well, who’s laughing now?
I was just about to leave when I remembered something else I’d put in the shopping bag. In a brown paper bag was ten thousand dollars. Grabbing the tracksuit top so my fingers didn’t touch the paper I threw it on the floor in her car. Perhaps they’d think either she was blackmailing someone or someone was blackmailing her and things went badly.
Maybe even drugs. That could be a possibility. Who knows where the police would go with this situation.
Sitting behind the steering wheel I peered into the rear-view mirror, searching my face for signs of what I’d just done. I wiped away some sprays of blood which had splattered onto my face with some tissues and tucked them into my sleeve. I thought I looked radiant. My eyes wild, my complexion flushed, my hair windswept and slightly disheveled. Smoothing down my hair I turned the key in the ignition.