Decadence, freedom and illegal activities… Everything a sheltered debutante in the mid-1920s could want. When Hyde Park socialite Susan Leland meets up with Evan Forrester for the second time, she makes no excuses for their first meeting—an auto accident in which she broke the young artist’s wrist. She finds the handsome Evan both infuriating and intriguing, yet not quite as intriguing as sultry torch singer Holly Winters, a performer at Susan’s favorite supper club. A chance to make amends… By posing nude for Evan to paint. When Susan balks, Evan, not wanting to deal with an innocent, sends her away but not before the arrival of his next model, Holly Winters. As Susan’s preparing to leave, the beautiful and talented singer convinces her to come back the next day—so they can pose together. Will Susan find happiness in the arms of Evan Forrester—or another? 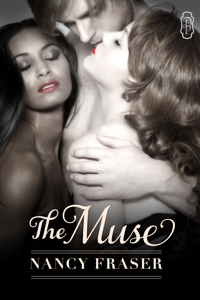 She turned her attention toward the stage. The orchestra was preparing for the appearance of their latest singer, the music slower than the previous song, gearing down just enough to come to an about-face when the Temptress of Torch took the stage. Holly Winters, one of the most talented singers the club had ever featured, was due to perform at any moment. Susan loved the woman’s soulful voice, her total command of the stage and the audience every time she took the microphone into her elegant hands.

Susan glanced up and met the gaze of the club’s owner, Randall Blankenship, purveyor of fine food and even better music, yet still one of the sleaziest characters she’d ever met. Reluctantly, she raised her hand for his attention. When he brushed her fingers with his long handlebar mustache, she pulled in a deep breath to keep from gagging.

“The music is the bees’ knees, as always,” she admitted. “I’m looking forward to hearing Miss Winters sing.”

“And so you shall,” Blankenship confirmed. “In the meantime, though, I’d like to introduce you to someone, a young artist whose work I’m thinking of hanging on the walls here at the Black Swan.”

Blankenship turned and motioned someone forward. “Miss Susan Leland, Mr. Steven Carlson, I’d like to introduce you to Evan Forrester.”

Evan Forrester nodded in her direction. A smile bent the corner of his well-shaped mouth. “Miss Leland. How delightful to see you again. Fortunately, for me, there’s not a car or a parking lot in sight.”

Steven shot her a questioning look. “I take it you two know each other.”

She swallowed and pushed past the dryness in her throat. As badly as she wanted to dismiss the handsome artist, she found herself admitting, “Yes, we’ve met.”

Quite dramatically, she thought, he held up his arm and wiggled his wrist for emphasis, drawing Steven’s attention and her chagrin. His wide grin taunted her, yet his gaze was dark, serious. “You might say our meeting was purely by accident.”

Susan shook her head in exasperation. “Oh, for heaven’s sake, don’t be so maudlin.” Wanting to escape his mocking smile, she turned back to her good friend. “Remember me mentioning the car accident I had last winter? It was Mr. Forrester I hit with Will’s Model A.”