The Neverland of Highschool

The Adventures of Big Chook 2

Leonardo di Vinci, Alexander the Great and Aristotle are some of the most legendary people of all time. But they tremble in comparison to the legend that is Big Chook…Or so he hopes one day.

When Big Chook’s group of friends go their own way, he is forced to face high school and the prospect of fitting in alone. Will Big Chook find the same strength in his soul that made Leonardo, Alexander and Aristotle legendary? Or will he be destined to be friendless for the rest of his life? 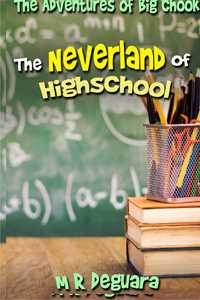 The Neverland of Highschool

The Adventures of Big Chook 2 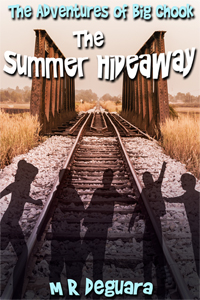 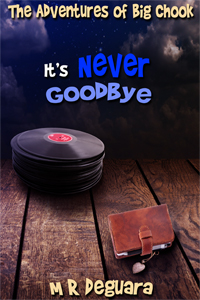 The water droplet moved slowly down the window at first, but as it connected with other smaller stationary droplets, its size and speed increased.

Big Chook enjoyed watching the droplets on his bedroom window. He’d even managed to make a game out of it called, the droplets game. Not a fancy name, he realised, but regardless it was a game he’d invented himself.

He’d pick a droplet and time it to see how long it took to get to the bottom, then he’d pick another and hope it would better the time of the previous droplet. Of course the heavier the rain fell, the faster the times of the droplets.

In the end, anything to draw his thoughts away from Kirstin and to kill the time was advantageous.

Although this doesn’t seem to be working, Big Chook realised, when he found himself thinking of Kirstin and gave up on trying to focus on the droplets. “Oh Kirstin, why can’t I get you out of my mind?”

He’d seen her three times since that fateful night when Wally and Three Parts Pete left for their adventure. In a desperate need for companionship, Big Chook found himself drawn to Kirstin. With Wally and Pete gone, he had only her and Harry now. Sadly, for Big Chook, it’d been like Harry fell off the planet. He had seen neither hide nor hair of him since that last night the group of friends were together.

It’d been four hours and thirty-five minutes since he last saw Kirstin and while glaring miserably out his bedroom window, he found himself consumed by boredom and a distracting desire to see her once more. He wanted to hear her voice, her laughter and see her smile, as all these things about her filled him with joy.

Big Chook began to blow puffs of steam onto the window, to draw little love hearts in the mist.

What a miserable way to end my holidays and definitely not the best way to be starting the new school year.

First day of high school was tomorrow and the heavy, miserable rain outside was emphasising exactly how he was feeling. It wasn’t that high school scared him.

Oh no, he assured himself.

It was more the expectation of arriving at the main hall and the awkward feeling that then comes. All eyes centred on you and you’re not sure where to stand or who to stand with, because you don’t know anyone.

It’s like trying to look cool at the local swimming pool when you step from the change room and everyone looks at you. At first you think it’s because you’re doing a good job looking cool, then you realise your togs are on the wrong way or even worse, you have a huge hole in the worst spot imaginable. Now it becomes clear you are nothing but a loser.

Suddenly you’re stuck. You can’t move forward and it’s way too late to be running back.

As my Gran would say, you’re stuck between the devil and the deep blue sea. But I’d prefer to call it, being up shit’s creek, in a barbwire canyon, without a paddle. Big Chook couldn’t help but chuckle with the thought. Thank goodness, nothing has ever happened to me like that yet.

He well knew all eyes would definitely be on him tomorrow, especially since being in the local newspapers. Unfortunately, he wouldn’t have a group of friends to quickly disappear into, so the staring would be prolonged.

“Yup, I’m definitely going to stick out like the wart on the end of my grandmother’s nose,” he mumbled. “Ahhh, bugger it. I need to see Kirstin, just once more before school tomorrow.”

He realised a raincoat would be in order and headed for his bedroom door, only to stop as he placed his hand on the doorknob.

The raincoats are all at the front door, but I can’t go out the front. Mum and Dad would never let me go at this time of night in a million years, he pondered, while his mind began to calculate workable ideas.

He opened his cupboard and began ruffling through the hung clothes. It’s got to be in here somewhere. Ahhh, there you are.

He grabbed the dark blue windcheater jacket and after unzipping the hood from a hidden compartment in the collar, put the jacket on.