No one ever told Lucy Black Grant ‘no’ until the two outlaws who saved her life decided to keep her for themselves. Her seduction by the men turned out to be the seduction of the entire camp in their impenetrable stronghold by Lucy instead. Pierre and Rafe were as different as two men could possibly be but share the same desires for the spitfire they brought into the midst of some unforgiveable character: a drunken, filthy man of the cloth who was not a preacher, Mercedes who desired her in many ways, a huge woman called Stella, Bridge who picked the wrong woman, her brother Lucas, and Jed who loved Lucy and her mother both.

Lucy found the outlaw life both exciting and frightening, and her heritage taught her that killing was sometimes necessary and robbery can become a way of live. Her lovers protected her, even as she grew wilder and more savage with those whom she considered useless and expendable. But things changed when her brother became a hostage and her belly grew large with child. Homesickness for her father Black Eagle Grant and mother Lucretia Lucinda Grant. Now she must find a way to go home...if she can!

Note: Heroine is forced sexually and is abused physically. There is no sexual relationship or touching for titillation between or among the men.

Heat Rating: Sextreme
Word Count: 88,448
6 Ratings (3.3)
Historical Interracial Menage a Trois/Quatre
In Bookshelf
In Cart
In Wish List
Available formats
PDF
HTML
Mobi
ePub
Cover Art by Jinger Heaston
Reviews
Sometimes you watch things happen in another person' life that you don't want to see happen. Or you give advice that isn't heeded. This book is like that. I wanted the purity of the heroine to remain so. But just like life, s**t happens. Unlike many stories, real life comes at you, and has to be dealt with, experienced. This book has it in spades. I found it to be gripping, and even when I had to put it down because I was looking for a lighter, happier read, it called me back, and demanded that I read it to it's conclusion.
I found it to be a very emotional read, and one I am honored to have in my library.
Avid Reader
Read more...
Professional Reviews

4 STARS: "Lucy is a slip of a spunky girl. She is half Indian and half white. Her spunk is suppressed by her captor and the outlaw camp. Being a virgin, she is very naive, and the outlaws around her are very open about sex--even inviting her into their beds. Her waif-like mentality changes as her sexuality blooms. She is raped by one outlaw. She is still attracted to him, and she ends up willingly in his bed. She explores her new-found desires with threesomes and other women. She awakes as a wanton woman. She finds love in these uncouth men. She still misses her family. Her family is looking for her. Just what will she do? Now, she is pregnant and her brother is held captive. Who has her allegiance? This is naughtily sweet tale of forbidden lust. It is not for the faint of heart. It has just enough sweetness and just enough naughtiness. I recommend it!" -- Stephanie Rollins, BookReviewsRUs.com

Lucy let his words wash over her until they finally sank into her kisses-befuddled brain. She shook her head and quickly sat up, pushing the two hands covering her breasts away from her chest. “This is crazy. It is wrong. Let me go. Get off my bed!”

Neither man moved. Pierre touched her lips with one finger and said, “Chérie, why is it crazy? Why is it wrong? How can sex be wrong when it is with men who love you? You know already that you like the things we have done to you and with you separately, so why not together? Do not say a word until you think about it, and if you really, truly want us to leave, then we will. However, we will keep coming back until you agree, even if it takes forever.

“I love you, Lucy, just like Pierre says. You are the sweetest angel God ever put on the earth. Do you think he would want you to let us love you? Oh, hell, I don’t even know what I am trying to say, but I do love you, and to me, love means sex, too.”

Lucy’s face broke into a smile and then she laughed. “I have never heard a more confused reason to have sex with you, but at least you tried to explain.” Her face became serious. She unfastened her skirt and pulled her remaining clothes away before she lay back down between them. “I am not sure how to love you back when you have all those clothes on.”

That was all they needed to hear. In less than a minute, they were nude as they stood beside the bed. “No, wait, stay standing.” She reached out to take the already throbbing cocks each into one of her hands.

“What if that is what I want?”

“Well, you can have it, but it ain’t going to stop what we are going to do with you. Hell, it might be a good thing. Keep us from coming too soon later. Sure, do it.” He released her hand, but she did not resume her fondling of his cock and, at the same time, stopped working Pierre, too.

Instead, she arched her back and whispered, “Here I am. Love me!”

“Oh, baby, we will.” Pierre moaned to her as he kissed the side of her neck, running his tongue down until he captured one nipple between his teeth.

“Rafe, suck the other one,” Lucy whispered. Rafe did not need to be told twice. His tongue licked the other nipple until it rose hard and her breast tightened until it was hard as his cock. Pierre continued to rub his teeth and then his tongue until she moaned for them to suck harder. Their faces were rough and unshaven, which added to her pleasure. Their man smell usually offended her, but at this moment, it seemed different and sexual.

She moved her hands to caress their chests, lingering over their nipples. “Squeeze it, baby,” said Rafe, “pinch it. I like that. Harder.”

Pierre groaned. “Whatever you do to me is heavenly, chérie. Run your fingernails into my back. Yes. Yes, sweet Lucy. Touch me everywhere.” And she did, letting her fingers spread wide in soft caresses and hard touches. Wherever she found their flesh, she stroked it, even down on their asses and between the cheeks. She stroked their balls and rubbed them everywhere, even in places she never considered touching. The things they did to her scoured out any thoughts of right or wrong, leaving only lust in their place and the desire to pleasure them as they did her.

Each man let his hand wander down her body, touching her stomach and thigh before moving into her soft nether hair. One hand stroked her button while the other hand sent a pair of fingers into her already wet canal. After that, it became a dream, filled with sensations and desire. A cock replaced the fingers, even as the movement on her clit increased. A mouth pressed over hers and a tongue moved inside to probe and feel every inch of her own mouth.

The movements between her legs increased until she felt she would explode when the cock spewed its semen into her. It triggered her first release of exquisite rolls of color in her mind and red-hot fire in her loins. 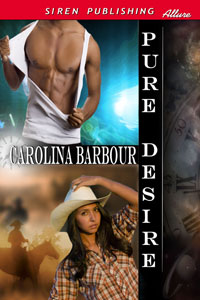 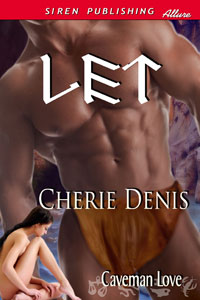