The Price of Defiance

America Patterson loves living on the edge. Car model by day, illegal street racer by night, she’s known as the best. Except underneath her flawless façade lies a young woman filled with turmoil. When her hobby lands her in hot water, she finds herself handcuffed and bailed out by the one person who’d abandoned her…. MMA Fighter Alejandro Escovedo is summoned home after a tournament that had left him sore and questioning his career. Expecting a nice welcome home, he instead finds himself rescuing his best friend’s sister out of jail. This time he’s had enough. Their explosive past gives him all the rights where America is concerned, and he is more than ready to take her on. By ending her daredevil ways and finding the trigger to her self-destructive behavior, will he convince her he’s back to stay or drive her further away?

The Price of Defiance

“America, where are you?”

“Saint, I’m in big trouble.” Amy gripped the cell tightly to her ear. “I’m at Truman Memorial Hospital, about to be taken to jail.” She started to sob when reality dawned on her.

“Thank God, you’re alive. I’ve been going out of my mind since the link to the wreck was sent to my cell phone. Sit tight. We’ve been fielding police and the media, trying to protect your professional name. Sis, Alejandro demanded to be the one to handle the situation.”

“I’m sorry for scaring you.” Her brother and his team of misfits were all she had while growing up. Being named after their country of conception and proved just how zany her family was. Saint Vincent got his name chopped in half to Saint. “Is this going to hurt your business?”

“No. Alejandro will make sure you have a smooth transaction. I’m forwarding him your info now. Sit still and relax. Can’t have the baby of the family locked up and forgotten.”

She winced at the thought of seeing Alejandro again after so long. Her voice dropped an octave. “Can’t you come? I haven’t seen him since—”

“Miss, we’re ready to transport you to the police department,” Officer Blake interrupted.

“I gotta go.” Amy snapped the phone shut and handed it back to the officer. He was kind enough to leave, allowing her to change into the scrubs they’d sent for. She rapped and opened the door after toeing into the slip-on canvas shoes. “I’m ready.” Head dropped low, she allowed them to escort her to the jailhouse that was a ten-minute ride away.

Being booked took longer than she’d expected, and it mortified her. A nifty machine imprinted her fingerprints electronically after they took her mug shot. The issue with her identification became clear once she had a chance to speak and separate her professional identity from her personal one. When they finished processing her fingerprints and mug shot, she followed them through general population and looked at all the criminals on the way to her holding cell. The door buzzed and opened, and she was ushered in. She cast a glance at the officer, who shook his head, locked the door, and turned his back.

I’m not a criminal. 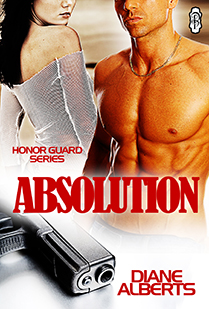