Albert Manlii has walked this earth for more than two thousand years, but survival on his own was never easy. Now he leads a faction of highly organized vampires who carefully guard the secret of their existence. Unlike the old days, potential recruits are carefully selected and presented with an offer.

Phillip Brewer has weeks to live -- if he lets his disease run its course. He doesn’t want to die, but given a choice, will his desire to live outweigh his concerns about the vampires’ ethics?

When the new recruit’s missteps are cause for concern, can Albert control the fallout, or will Phillip’s life once again be torn apart?

The faction’s security team had chosen this nondescript building, located on a busy street, because it blended. Nobody noticed it. If one were to quiz a random person who passed it every day for details about the structure, they would be at a loss to describe it.

Albert was just a random average-looking person pushing through an ordinary door of an uninteresting building. People on the street moved along without a second glance. There was nothing to see here.

Not calling attention to themselves was front and center on their manifesto. Not just Albert’s faction, but the entire world-wide organization. It was critical to their ongoing survival.

So, this unremarkable building was the perfect place to house the conference room where his faction’s department heads got together for twice-weekly status meetings, as well as special gatherings like today. Their tech people made sure nobody could listen in, either purposely or accidentally. They did the same for their businesses and for each and every member’s home. They would know if anyone was attempting to listen in, but no one was ... because they didn’t draw attention to themselves.

Albert had spent the last two days trying, and failing, to push aside the feelings that had swamped him ever since he’d caught that first whiff of the potential recruit’s tantalizing scent. He straightened his back and tightened his jaw as he marched up the stairway.

The faction had to come first. He’d survived more than two thousand years without a blood-mate, and he could continue to do so. He had to consider the results of the investigation dispassionately and put the needs and safety of the organization ahead of his own personal wants.

Interesting that it would be a man who would affect him so. True, he’d shed his early prejudices against such relationships eons ago, and he’d even had a share of male lovers over the years. But he hadn’t considered that his eventual blood-mate might be a man.

He used basic keys to get through the first door’s knob and two deadbolt locks that wouldn’t look out of place to the casual observer. The second door, down a short hallway, used an electric keycard, and a third, just beyond, required a handprint scan to make it through.

Everyone was assembled when he stepped into the conference room. Eunice slid a folder to him as he sat at the head of the table. The name Phillip Brewer was written in Eunice’s neat handwriting on the tab.

“How did our hospital team miss this guy?” Albert opened the folder and glanced at Juan, whose team members held various jobs in hospitals. Administrative people who could access medical records, and custodial staff, who could observe patients firsthand to identify potentials while remaining unnoticed in the background. The hospital team was their usual source for prospective recruits.

“He hasn’t been in the hospital,” Juan replied. “He has gall-bladder cancer. Rare, and deadly. Spreads fast. Just over a month ago he was fine, then he started feeling sick and went in for what he thought would be a routine examination, maybe pick up a prescription. But it wasn’t. It led to tests, which led in short order to the diagnosis. It was already too advanced for any kind of treatment to do any good. He’s got only a couple weeks, and he’ll be moving into hospice soon. Unless ...”

Albert nodded and flipped through the file. He scanned the unimpressive high school transcript and drummed his fingers on the table. No sign of a college transcript in the folder. Neither was necessarily a deal-breaker, but his lips compressed as his hopes of turning Phillip dropped a couple notches. 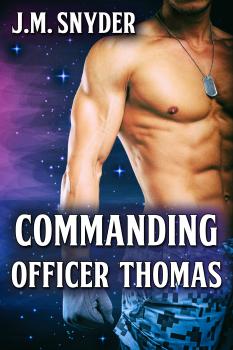 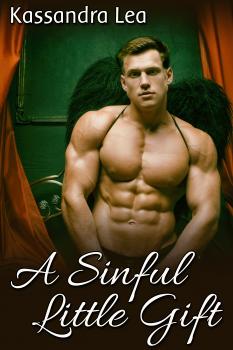 The Choice (MM)
Addison Albright
In Shelf
$3.99
Tweets by
sirenbookstrand