Thrift Moncrieff is sent as an agent to France, where decadence abounds! But in Thrift's world, a world where England has been locked in Victorian values for over a hundred years, decadence is everywhere! If she had been hoping for a soft assignment, she is sadly mistaken and finds that Paris is full of men who want to lift her petticoats and whip the elegant bottom that lies beneath! 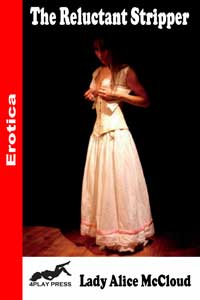