“I longed for normality. Even our own, off-the-wall brand of normality.”

She’s finally got things together. Mimi’s dating a hot guy and has a place in the school’s Gifted Program with her awesome friends. Yes, she still attracts the dead. But there’s only one ghost these days, and he doesn’t seem to have an awful lot to say.

Just when Mimi’s life is looking pretty good for the first time in years, the unthinkable happens ... one of the seven gifted teens is torn from their close-knit group. The unity of their circle shattered, things begin to go terribly wrong. It’s ruining their focus—and with the threat of the Astarion cult growing stronger each day, the gifted seven need all the focus they can muster. 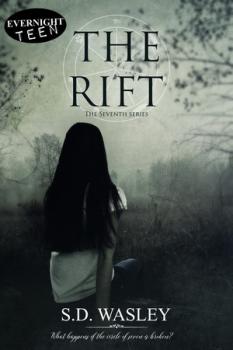 More From The Seventh 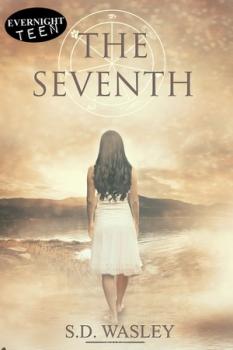 Ms. Deering looked unlike her usual peaceful self when she entered the room. She was pale under her tan, her mouth set in a hard line. It didn’t take an Empath to see there was a problem, but Gabe was the first to speak.

She shook her head. “Wait till everyone’s here.”

We exchanged glances and waited impatiently for Cassie, Ed and Patience to turn up. Ed, never in much of a hurry, joined us soon after with his sunny grin in place. Cassie finally arrived after another couple of minutes. She threw down her satchel and dropped into her seat. “Sorry,” she scowled. “Mr. Rendall kept us in until we finished his entire algebra worksheet. It was impossible.”

Cassie tossed the long red curls and closed her mouth, offended. I raised an eyebrow at Drew and he frowned in response. It wasn’t like Ms. Deering to be so stern.

“I have to tell you something worrying,” she said.

“Hang on, aren’t you going to wait for Patience?” Drew objected.

Drew tensed beside me and Gabe glanced across at us both. Sometimes I wished he would at least pretend he didn’t notice when he felt anything out of the ordinary.

“She’s not sick,” Ms. Deering said. “But we received a letter from her father this morning. He says he intends to withdraw Patience from Etherall Valley Prep.”

Stunned silence followed, broken only by Cassie’s horrified gasp. Ed was the first to find his voice.

Ms. Deering gave a helpless shrug. “Mr. Rose isn’t required to give us a reason. All he has to do is tell us in writing.”

“Oh, for—” Mona managed to cut herself short. “Does that mean they’re going to try to ‘exorcise her demons’ again? When is her family going to get a clue, and leave Patience alone?”

“Obviously, the exorcisms are our main concern too, Mona,” Ms. Deering said. “Mr. Boxe and I are going to visit Dale’s Run tomorrow afternoon to see if we can reason with the Roses and persuade them to let Patience come back to school.”

“Do you honestly think you have a chance of changing their minds?” Drew asked.

“I don’t know. All we can do is hope Mr. Boxe and I are convincing enough to influence Adam Rose.”

Drew’s face darkened. “Adam Rose is a moron. He’s blinded by his ridiculous religious beliefs.” Mona harrumphed loudly and Ed raised his eyebrows. “I’m not saying all church-goers or religious people are ridiculous,” Drew added, his cheeks reddening. “But I don’t like Rose. He’s too extreme. He’s a danger to his own family, and he seems to trust everything that fire-and-brimstone Pastor Carruthers says.”

“Can’t you call Child Protective Services?” Mona asked. “I mean, the way her dad considers her a devil spawn or whatever—it’s abuse, right?”

“I don’t think CPS would agree,” Ms. Deering said. “It often surprises me that they don’t appear to take much interest in the Dale’s Run community. The authorities don’t really interfere. The only time they ever seem to get a visit out there is when the School Board checks the kids are being educated to the proper standard.”

“Maybe that could be the complaint you make, then?” Cassie said. “Poor education. I mean, seriously? What sort of school do they run out there?”

“They have a qualified teacher,” Ms. Deering told her. “He did his course by correspondence, but he’s got a teaching degree and the kids out there have been put through testing a few times. I know,” she added, seeing our faces. “I don’t see how the situation could be very good for those kids either, but apparently it’s fine—at least according to the government departments that monitor Dale’s Run.”

Mona sighed. “So, she’s screwed,” she said flatly. “At least until she hits eighteen. And Patience isn’t exactly a rebellious fire-starter. She’s not likely to cause trouble or ditch home, even when she’s an adult.”

“As I said, we’ll visit and talk to them. For now, you’ll have to be satisfied with that.”

None of us was satisfied with that, obviously. Ms. Deering attempted to get us on track for a semi-normal class but we kept returning to the topic of Patience. Mona was irate about it all, while Ed and Drew both lapsed into moody silences. Cassie and Gabe kept trying to think of things Ms. Deering could say to Patience’s father to get him to change his mind. My attention was caught by my little boy ghost. He’d been restless, sitting on a seat at the back of the room, but now he got up and came to stand by me for a moment. I got excited, thinking he might speak to me, but I was disappointed. He simply hovered for a few moments before going back to his seat to trace invisible lines on the carpet with his foot.

It wasn’t just me who felt uneasy for the rest of the day. When classes finished, the six of us fell in together as we wandered back to the dorms, but no one talked. Drew and I sneaked a kiss before we parted. This bit—the moment we said goodbye until the next morning—was always my least favourite part of the school day. Drew seemed distracted … not surprising, really. I squeezed his hand to show him I knew, and he gave me a small smile.