The Rise of Sasha

Sasha watches the two young lovers at the end of the lover’s lane road next to her swamp home. She gasps as the man exposes himself and makes passionate love with the willing girl. With cunning, Sasha approaches the two and the fire of their passion awakens a long repressed need and desire. For Sasha, a fully mature Bog Witch and beautiful beyond compare, needs a human mate and human meat for food—and Sasha is very hungry. “Hello darlings,” she says, her eyes red with lust. 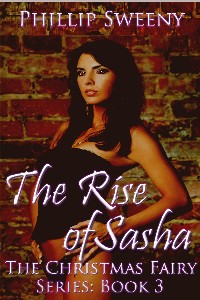 The Rise of Sasha

Sasha paced back and forth with a growing impatience at the edge of her swamp home as she waited. She stood on her tiptoes and watched for the telltale lights of a car to turn from the main road and onto the rutted dirt road, which led the edge of the swamp. Her anger and anticipation mounted as the two lovers had not come to the end to the lonely road to embrace in their passion for several weeks. Frequent thunderstorms had turned the road into a muddy slippery quagmire.

She had watched with excitement as the car stopped and turned onto the road. But had clenched her fists in anger as it backed away and up onto the highway and then went on its way, spinning its muddy, slick tires on the asphalt. In anger, Sasha had relentlessly hunted down the remaining Wood Sprites who still inhabited this part of the swamp and had eaten them voraciously, leaving not a scrap of meat or bone.

However tonight, Sasha’s heart beat rapidly as she saw the car’s lights flash as the vehicle turned from the main highway and slowly made its way down the long dirt road. Still not completely sure of her powers outside of the confines of the swamp, she had planned her attack to occur at what she thought would be the moment the humans could be caught with the most surprise. She figured they would be most unsuspecting as they lay exhausted, basking in the afterglow of an orgasm.

The car stopped in its usual place and Sasha watched as the interior lights came on and then she heard the doors open and close. She waited until her keen ears picked up the panting and moaning as the two lovers copulated. Sasha walked boldly from the protection of the cypress trees and stood in the darkness, not five feet away as the two bumped and humped their way to the finish, each squealing with pleasure as their release came.

“Oh, Tom,” the girl groaned as she wrapped her arms around the boy and held him tight. “You fill me up! I like your hard cock in my pussy. I want to fuck you again and again.”

“I would like your hard cock in my pussy,” Sasha drooled and whispered as she bent over and placed her hand between Tom’s legs and squeezed his balls.

“What the shit!” Tom rolled off the girl and stood to face Sasha. “Who the hell are you?”

“My name is Sasha and you’re going to be my mate.” Sasha reached for his cock and held it in a firm grip as he tried to back away. “I want you to fuck me like you fucked her.”