As the weather warms, young Mistress Jana Trence burns with the need of adventure. The general's headstrong daughter, she knows it's dangerous beyond the walls of her hometown, but a picnic in the green meadow sounds safe enough. She manages to talk her servant and best friend, Merlie, into coming along for a quick lunch.

Once beyond the walls of Ouest, Jana grows daring and races into the woods, Merlie at her heels. But the woods are full of strong magic neither girl can fight against. When Merlie is injured, Jana knows her father will learn of their little excursion, and she fears his punishment.

But she fears losing Merlie more.

Can the Emperor's physician treat the servant's wounds? Or will it take something stronger to heal Merlie? 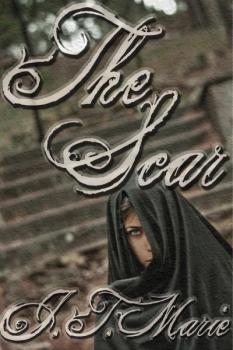 Merlie turned her attention from the forest to the girl stretched out before her. Even at her young age, the general’s daughter was already a stunning beauty, more so because she had no idea just how pretty she was. Her thick auburn hair was worn in a long braid down the middle of her back -- keeping it free from entangling in her bow when she had archery, and free from the grip of her opponents when she trained in the martial arts. A fringe of red tufts across her brow shaded her sun-kissed face, and her eyes were the same faded blue as the sky above.

Merlie knew in another two years, her mistress would be asked to join the junior cadet troop, where she’d probably meet the man -- or woman -- who would become her partner. In war, in peace, in life itself, and though Merlie would always be at her mistress’s side, she would always be just a servant to the girl, never anything more. This was the best she could hope for. At least she had some part of Jana, no matter how small.

She shook herself free from those thoughts -- no use dwelling on what cannot be. “Yes, mistress?”

Jana rolled over on her side and picked at the grass. “Merlie,” she sighed, exasperated. “I have a name, you know.”

“Then why don’t you use it? Even when we’re alone?”

Merlie smiled. “Because your father would have my hide if he heard me address you by your common name. A servant doesn’t speak to her mistress as a commoner -- there would be no respect then.”

Jana sighed again. “But you’re my friend, Merlie, not just a servant. Besides, technically you’re my father’s servant, not mine.”

“Not true, mistress. Your father gave me charge of you -- your studies, your health. I’m to protect you with my life. There is no greater service than that.”

An evil gleam crept into Jana’s eyes. “Then you’ll obey me? If I were to give you a direct order, you’d have to listen?”

Warily, Merlie replied, “As long as it doesn’t go against your father’s rules. As long as you aren’t endangered ... yes.”

“Then call me Jana!”

The girl jumped up with a laugh and tackled Merlie, knocking her back in the grass and tickling her stomach. Merlie laughed breathlessly, but before she could recover, Jana was off and running, heading for the forest. She turned back and laughed at Merlie, an unspoken challenge to follow hanging in the air between them.

“Mistress!” A twinge of fear crept into Merlie’s voice. “I think we should start back --”

Merlie pushed herself up, brushed the grass from her skirts, and hurried after Jana. Maybe if she could catch up with the girl before either of them entered the forest ...

Too late. Jana disappeared into the green growth and, with a heavy sigh, Merlie pushed past the first of the evergreens to follow Jana into the forest.