The Secret of Talmor Manor

After a mysterious package arrives on Jake's doorstep, he starts having very strange dreams: when he falls asleep he finds himself in a dilapidated English Manor inhabited by a number of ghosts who believe he can free them from their eternal existence. But when the Lord of the Manor appears in Jake's living room, Jake finds himself facing some very difficult questions. What should he do about the attraction between him and this turn of the century living ghost? Why is someone trying to kill them in their dreams? And what should he wear to the upcoming Halloween party? 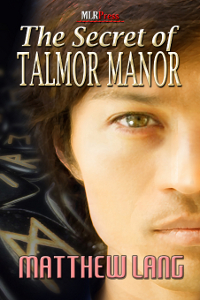 The Secret of Talmor Manor

Over the hill and across the sea...

Jake shut the third exercise book with a snap and dropped it onto the pile next to the couch. Leaning back into the coffee colored cushions, he sighed and rubbed at his eyes with one hand. Sometimes he worried about the level of creativity amongst his students. Or perhaps it was more accurate to say that he worried about the lack of creativity amongst his students. Or possibly the level of creative plagiarism. Grunting, he hauled himself to his feet and walked into the kitchen to find the canvas shopping bags he used to carry notebooks and manuscripts to and from campus. He insisted on an early assignment for exactly this reason. Students often needed a reality check, and this year's crop was no exception.

"This may be a course about fiction," Jake said as he paced before the lectern the next afternoon. The musty, red carpeted lecture theater was mostly filled, which was a novelty, although he expected attendance to drop as the semester wore on. Normally, he didn't approve of creative writing being taught through lectures, but he did understand it was helpful for a first year introductory subject. Still there was a certain level of thought he expected from his students.

"This may be a course about fiction," he said again, coming to a halt and turning to face the room. "In fact, I'm going to stick my neck out and say this is a course about fiction. And while I'm gratified that many of you are familiar with the basic concepts of fiction and narrative forms, I feel that some of you think Creative Writing is a bludge subject."

Jake stared out into the dimly lit faces of confusion, sleepiness and in one or two cases, defiance. "It isn't," he said grimly.

It was, in short, a typical semester day in the life of Jacob Yoshimoto. After covering the most common forms of story beginnings, he moved on to a quick summary of story structure, summing up on the most important one: "Remember," he said, "rules are there to make you think before you break them. You will find the beginning of a short-or not so short-story, uploaded onto the LMS site for this subject. Read it, and finish it, and be ready to present in tutorials next week." Jake smiled again, a little less forbiddingly. "Once upon a time isn't going to work here."

Jake arrived home some hours later, after a few student meetings and working on his own projects. He smiled as he walked past the rows of terraced houses, taking pleasure in the rusted fences of wrought iron and the quietness of the neighborhood. Ahead of him, a woman with long black hair turned the corner, probably heading for the small shopping strip that, in this time of supermarkets and chain stores, still managed to have an independent bakery, greengrocer's and a deli. Smiling at that small token of defiance, Jake stopped as he spied the small cardboard box sitting on his front porch. He wasn't expecting a delivery. As he swung open his creaking gate and slowly approached, he noticed there was no name or address on it.

Later Jake would wonder why it was that he never did the sensible thing when confronted with a mystery package sitting on his doorstep. Perhaps it was a rebellion against the public service announcements or ads for Border Security, or perhaps he was just being complacent. After staring at it for a minute, turning the package over and over in his hands, he shrugged, tucked it under one arm and unlocked his front door. Oh well, it's probably from Logan, he thought as he entered his house.

Once inside, he toed off his shoes in the entryway and absently opened the door into his study to drop his bag off. The brown box went onto the island counter in his open-plan kitchen, and the tape sealing the flaps was cut with the large pair of orange scissors reserved for non-food use. Inside, Jake found a mess of foam packing bits and a small paperweight. It was a red crystal rose standing about four inches high on a base of black metal about three inches in diameter and covered in a dome of glass. The rose was exquisitely sculpted, seeming to grow out of the matt metal base like other small plants would grow in agar nutrient jelly. It also glowed with a rich, red light. Checking it over carefully, Jake couldn't find any warning labels, screws or compartments for batteries. There wasn't even a raised stamp reading "made in China" like he was expecting. What was making it glow then? It looked like it should be radioactive or something. Trust Logan to find something like that.

Taking out his phone, Jake sent a quick text to his best friend. "Thanks for the paperweight, what did you break at my place?"

About half an hour later he got a reply.

"It's not radioactive," Logan said later that day, taking careful aim and sinking the five ball into the far corner pocket of his pool table.

"How do you know that?" Jake asked. Logan had been his best friend since they'd met in primary school, and the two men now lived just a block from each other, often meeting up in the morning or evenings. Given that Logan worked as a nurse at St. Vincent's Hospital, he and Jake often met as one of them was going to work, and the other coming home from it.

"Then why is it glowing?" Jake asked.

"I don't know, have you checked for batteries?"

"There aren't any," Jake said, re-chalking the end of his pool cue.

"It doesn't require any power?"

"Where was it made?" Logan asked, his eyes shining. Although he had gone into medicine, rather than physics, Logan was still obsessed with the idea of cheap clean energy.

"It can," Logan said with a shrug. "Damn," he muttered as he scratched the ball.

"I didn't know that." Jake lined up his shot. "And no, you can't take the paperweight apart to see what it's made of."

"Spoilsport." Logan pouted. "You know what?"

"You have a secret admirer," Logan said with a grin.

"A secret admirer who leaves gifts," Logan added, his grin turning into a leer.

"But not a note or a name," Jake said. "I hope you'll forgive me for being less than enthusiastic about having a stalker."

"It could be the hot waiter from Watson's Wine Bar," Logan continued thoughtfully. "He's eyed you a few times."

"It could be his seventy-year-old aunt Ethel," Jake said, straightening up. "Your shot."

"He has a seventy-year-old aunt named Ethel?" Logan asked.

Jake rolled his eyes. "You know after all these years you think you'd understand sarcasm."

"That was... well fuck," Logan said. "Yours," he grumbled as the cue ball bounced off the edge and rolled into the middle pocket. "I still don't see why you view everything in the worst possible light you can."

"It means I can be pleasantly surprised when the worst case scenario doesn't eventuate," Jake said with a grin.

"It also stops you living life," Logan said seriously. "You need to get out a bit more Jake."

"Are you trying to get rid of me?" Jake asked, raising his eyebrows. "Besides, you're just as single as me."

"You don't age on the gay calendar."

"Only half the time."

Logan grinned and took a swig of his beer. "Technically all the time. I just happen to age on the straight calendar as well. You know, you could write a story about that."

"Sure," Jake muttered as he lined up his next shot. "The Calendar of Sexuality, I can see it on shelves right now."

"The Calendar of Sexuality?"

"Well, okay, maybe the title could use some work," Jake said, not wanting to get into a title debate. Besides, it didn't sound like that bad an idea.

Later that evening, Jake slid into bed with a sigh, pulling the covers up around his neck. He was feeling just a little bit tipsy from the beers he and Logan had drunk, and amidst the banter and horsing around he had almost forgotten about the paperweight on his desk downstairs. As he felt himself drifting from consciousness he fancied he could see gentle pulses of red light behind his eyelids, and thought he heard whispered words at the edge of his consciousness. 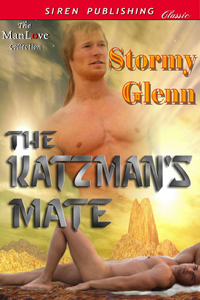 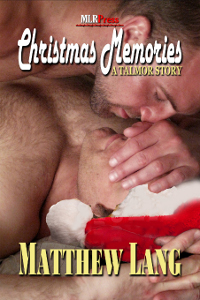