Duncan has been Sir William's squire for two years. During that time, he has lusted after and been in love with the beautiful muscular knight. Too bad Sir William prefers fair maidens ...

Suddenly Sir William is called home due to the impending death of his father. On the journey, he catches his squire watching other men having sex and realizes Duncan is also ready for some love play. Once they reach the family's estates, William and Duncan begin an affair of both body and heart. But the happiness they find together is short-lived when the king dictates that William must marry a suitable heiress.

Unable to bear his place beside William and his wife, Duncan flees. Can William find the squire to convince him their love is meant to be?

Duncan grabbed one of the chairs by the table and carried it to the fire. "Come sit here, sir. I'll rub your shoulders for you."

"They are a bit stiff." Sir William plopped down. The chair groaned under the sudden weight.

Duncan stared at his knight's broad shoulders. "Why don't you remove your tunic and jerkin, sir?"

Sir William nodded, peeled off the garments, then leaned back in the chair and closed his eyes.

There was nothing Duncan liked better than touching Sir William's bare skin. It was sheer torture, of course, but a torture he couldn't resist inflicting on himself. His palms rested on the bare shoulder and he bit his lip to keep from sighing out loud. The flesh was warm and it sent an instant tingle to his already aroused cock.

Sir William rolled his neck and moaned a little.

His fingers trembling, Duncan rubbed the muscles in the knight's upper arms.

Oh, God. His balls tightened painfully. He increased the pressure of his fingers and drifted back up to the shoulders. He closed his own eyes and inhaled the spicy masculine scent of Sir William. As though they had a will of their own, his hands inched down to massage the knight's muscular chest. Shaking, he paused, waiting to see if Sir William would protest the bold touch. When the man kept his eyes closed, Duncan grew bolder still and used his index finger to gently stroke a nipple. He gritted his teeth against the impossible hardness of his cock. If he didn't stop, he was going to come. Yet, he couldn't force his fingers to leave the object of his fascination.

Sir William let out a low growl and jumped up, whipping around to face Duncan.

Duncan shrank back, afraid the knight would strike him for the liberties. Instead, Sir William wrapped those muscular arms around him and covered Duncan's lips with his own.

Stunned, he didn't react at first, standing stiffly under the assault. His mind couldn't adjust to the fact his dream lover kissed him. Before he could respond, Sir William ended the kiss and pulled him to the fur in front of the fire.

"Hush, Duncan." The knight caught Duncan's bottom lip with his teeth. His callused hand reached to stroke Duncan's cheek. "Lie down on the fur."

Trembling, Duncan did as he was told. He was afraid to say too much. Afraid he might yet wake up from the dream.

Sir William lay down next to him and pulled him close. He lowered his mouth to Duncan's, but stopped mere inches away. Duncan could feel his breath brushing him. "Tell me you want this, Duncan. Tell me I'm not forcing this on you."

Sir William blinked, his blue eyes losing their brightness. He started to push away.

"No, I mean, I do want this," Duncan said, hating the begging quality he heard in his own voice. "Please, don't stop, Sir William." 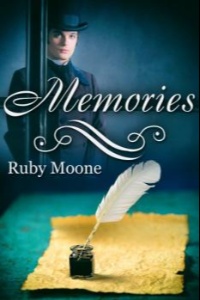