When teenager, Stefan Gessler, answers the call to restore his family's honour, he discovers it takes more than superior education and pride to equip him for life in the Middle Ages. His dangerous adventures threaten his courage and challenge his beliefs.

Immersed in the turbulent events of the Wilhelm Tell legend, Stefan pretends to be a wizard when an avaricious sibyl mistakes him for an alchemist. The shape-shifting sibyl and an evil knight have diabolical reasons to want the wizard dead.

Faced with his own demons and those of medieval Switzerland, how will Stefan complete his mission and escape the fourteenth century...alive?

Life in the Middle Ages is a dangerous game, even for Üserwäälti, the Chosen One. 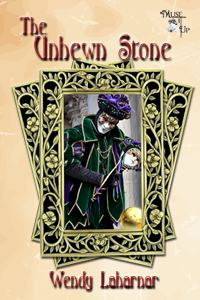 Stefan watched the nobleman stride across the courtyard. Tall and sturdy, he wore red tights under a yellow brown tunic probably made from flax. He looked the same age as Stefan's father, with the purple-blue eyes and strong jaw Stefan had inherited, but with hair longer and darker. His clamped lips and deep frown worried Stefan.

The nobleman grabbed him by the collar and pulled him to his feet. "Hand over your weapon, Frääffler. If you harmed one of my deer or a chamois, or even a marmot, I will lock you in the stocks so fast—"

Stefan winced. "Don't call me a poacher. I'm Stefan Gessler." He pressed the green hood of his anorak hard against his aching head."

Hermann Gessler stepped back. "What? The audacity…Stefan Gessler? Is this a joke?"

Unprepared for hostility, Stefan's face burned. He didn't have to take this. He straightened his back, jutted his chin and spoke with controlled dignity. "I don't have a weapon, apart from this." He took his Swiss Army knife from his pocket and handed it, closed, to the lord.

Gessler turned it over without releasing the segments. "This is no weapon. What else do you carry?" He handed back the knife.

Stefan showed him a plastic comb, Uri's compass, and the box of matches he'd brought along because he thought they'd be like magic to medieval people. He pulled out a length of orange string he'd forgotten to throw away after the party, but he didn't show the angry man Ääni's PB100. He might misconstrue that as a weapon, and Stefan needed it.

Hermann Gessler sneered. He scraped the plastic teeth of the comb on the back of his hand, opened and closed the matchbox and shook it near his ear. "These are strange little toys for a child."

Stefan attempted to speak, but Hermann Gessler's bellow cut short his protest. "Whence do you come?"

Stefan had imagined a warmer welcome. "I live here. That is, I used to live here, well not here exactly, but on this spot. It's a long story. You wouldn't believe me." All he wanted was to escape from here.

"Your life will be longer if you speak the truth."

A barrage of adult questions always intimidated him. They didn't listen. They never really heard his answers. He tried hard to be civil, but his exasperation always sounded arrogant at best and insolent at worst. He wished this man would take him inside those big black doors. At home, a Gessler would never keep a guest out in the cold. Frustration flared like the pain in his forehead.

Gessler stood with feet apart, hands behind his back, and glowered.

Here goes, Stefan thought. He might as well spill it all in one burst. "I've come from the future, the twenty-first century to be precise."

"What nonsense you speak. Do you know who I am?"

Stefan sighed. "Sort of. What year is this?"

"You have forgotten the year? This is the eleventh year in the reign of His Most Imperial Majesty, Albert of Austria. Do not answer my question with a question."

From Stefan's study of the manuscript and research on the Net, he knew Albert became Emperor in 1296 A.D. A quick mental calculation proved this year to be 1307 A.D. So the orb had brought him through the Wurmloch to the time when the alchemist activated it. Stefan smiled inwardly. He'd reached the era of the legend of Wilhelm Tell. He stared at the nobleman. "I heard the big man call you Hermann Gessler, which means you are the alchemist's brother, aren't you?"

Hermann Gessler's face reddened. Stefan thought either steam would hiss from those enlarged nostrils, or the head would explode like a balloon.

Stefan bowed deeply. "I'm sorry. Did I say the wrong thing? I heard that guy call you the Landvogt. Aren't you the governor in the service of the Emperor Albert? My parents named my brother after him, well, not after him, after Albert Einstein, really. I have a sister too, Marta, and a dog, but he died and there's Ääni—"

The governor's face relaxed. "I serve Swabia." Pride edged his voice. "What a strange dialect you speak." He studied Stefan. He looked down at his own faded clothes and worn pointed shoes, and back to Stefan's denim jeans and green anorak. "Why are you dressed so strangely?" He grabbed Stefan's sleeve and touched the vinyl material, but when he threw back the fur-lined hood, he drew back. "How did you lacerate your head?"

"It must have happened when I came through the rocks. Travel through the Wurmloch is instantaneous, but the pressure made me black out, so I'm not sure."

"Your words are strange, but your voice is, oh, never mind. You forgot the year. The knock to your head must be worse than it appears. Let us hope your memory returns after you rest."

"A Gessler never turns an injured man from his door. It is a matter of hospitality. What harm can come of it? Strange as you are, you look innocent enough. You may stay until your head heals."