Taste the flames of passion, the danger and excitement, and the unbridled sensuality of the ultimate alpha males – the Vikings!

When marauders burn innocent, just-come-of-age Leta’s village to the ground, she escapes into the forest, and unwittingly runs head long into Ragnar Thyrsson, mighty Viking warrior.

She fears the worst even as she burns for Ragnar, and imagines him to be one of the attackers who destroyed her home. Leta can’t control her thirst for the muscular Viking, and soon learns that she’s not the only one with an eye to more than treasure.

***This is a collection of three previously published stories – PLEASE check the preview to make sure you’ve not bought these tales already!*** 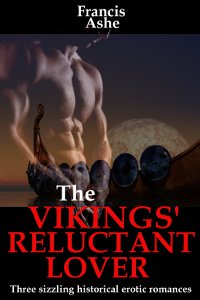 Heat Rating: Sextreme
Word Count: 40,000
1 Ratings (5.0)
Historical Menage a Trois/Quatre Multiple Partners
In Bookshelf
In Cart
In Wish List
Available formats
ePub
PDF
Mobi
Reviews
I enjoyed this story. There's something about those viking times, castles and then there'a this rough almost barbaric primitive behaviour that's not far from caveman style and yet it has this exciting and appealing side to it.
sarki
Read more...
Excerpt

In the night, Vorix, I was told left camp and rounded up a number of fine horses. From where they came, he would not say. Probably for the best.

Red leaves dotted the trees, at least those which lad any leaves left. Winter was setting in fast, and it promised to be a hard one. Already the mornings were marked with frost and I saw my own breath for most of the day. I was warm enough in my furs, but as our horses clomped along the barely maintained packed dirt road, I longed for Ragnar.

For the first time since our journey began, I felt a sense of oneness among the men. Tension seemed to be the most common thing between them, but I could tell they cared for one another. Ragnar made rounds, talking to each of them in turn as the morning grew old and the sun moved along the horizon, throwing longer and longer shadows behind us. We stopped for a brief meal around midday, and something was plainly bothering the blond giant whose embrace I longed to feel.

“Many things are amiss.” He laughed and tossed me an apple. “Eat up. You’re too skinny. The king likes his women to be vast; I assume his son is the same.”

“How do you, Ragnar Thyrsson, how do you like your women? Big and round and soft?” I crawled close to him, and took a bite of the bread he had in his hand. “Or little and skinny? Hmm?”

He grabbed the waist of the spare leggings he gave me to wear that morning, to replace the garments which had been torn to shreds during my flights through the forest. With a yank, I sat down hard on his lap.

“Oh, what’s this then?” I ran my hand along the steel rod that felt like it ran the entire length of my thigh.

“I like them,” he pulled me close, “in a lot of different ways.” His lips brushed my throat, then my chin. “I’m not sure which my favorite, but then, why do I need to pick?”

I spun to face him and draped one leg on either side of his waist. Both his eyes and the bulge under my leg warmed me. Something about the way he looked at me caught my attention.

“Bothering me? Nothing. This one knows me for less than two days and thinks she’s got me all figured out.” He pulled me close, consciously sliding my weight along his shaft, and kissed me on the bottom lip. The way he sucked me between his teeth, nibbled, and then explored me with his tongue sent a chill down my neck. 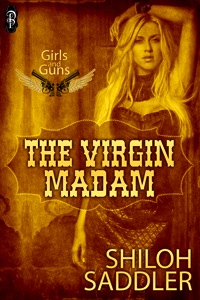